Instead of scaring up a couple of ducks as I coast down the dirt path to the creek, I surprise a man standing in the middle of the stream. He’s foraging for something in the hip deep water; I don’t ask what. We say hello and I sit a little way upstream to watch the sunset. 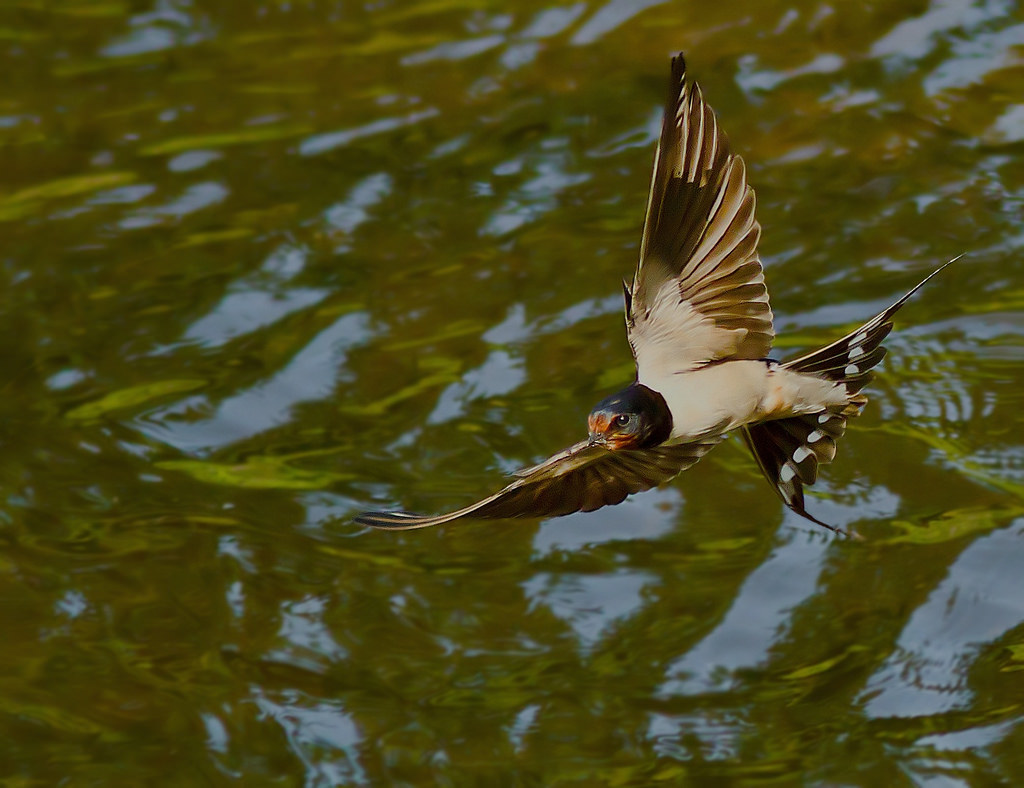 Swallows are playing on the air and skimming the surface of the water. Quail cavort in the bushes along the stream, and I hear pheasant squawking in the fields. The sun nears the horizon, and is bright and warm without being glaring and hot.

Life is exploding around and within one. A mother merganser with her brood of 7 new chicks swims upstream at my feet. She spots me and hurries them along. There is no division, outside or inside, even as ‘outside’ and ‘inside.’ Looking beyond the fields to the canyon and foothills, one sees them as if for the first time.

Passive observation vies with insistent questions for pre-eminence in the mind, but after a short while the questions give way to silence, reverence and seriousness. Standing up after an hour, I feel something beyond words and all description. One is empty; there is (though I’m hesitant to use the word) love.

Only the analytical mind that never actually feels love speaks of different kinds of love, and cites the Greeks to support their confusion. The mind-as-thought has to be completely quiet, allowing the brain to be completely receptive, to feel the love that imbues nature and the universe.

Is the brain capable of observing without an observer? What is the observer? What part does it play in the division, conflict and fragmentation of the world?

These are crucial questions, not only for awakening the meditative state, but for psychological health and healing as well as ending division and hatred.

The observer is the first division of the human mind, and from this ancient habit of psychological separation all other divisions originate. ‘My country and your country;’ ‘my religion and your religion;’ ‘my family and your family.’ Thought operates in dualism, and as long as thought rules, dominates the brain and human life, there will be war, poverty and ecological destruction.

What is the observer? At the most basic level, it is a psychologically separative mechanism constructed by thought. The observer is the illusion of a separate, permanent self that judges and evaluates, filtering present sensations through conditioning, memories, images and words.

If one really watches thought and asks oneself, ‘what is the observer?’ one will see that at bottom it is actually nothing but thought continually separating itself from itself. The observer is inextricably part of the entire movement of thought; one just experiences the ‘me’ as separate from that which it is observing, in oneself and the world.

Wikipedia gives this wrongheaded definition of observation: “Observation in philosophical terms is the process of filtering sensory information through the thought process.” That’s the definition of the observer, not observation. It assumes that the observer and observing are the same thing, when in fact they are completely distinct phenomena in the brain.

The separative mechanism within us-–the observer —is an utter impediment to direct perception. It sounds circular, but true observation only happens when the observer has been negated in passive observation.

The observer is an infinite regress. It never sees itself because it is always removing and concealing itself from the field of observation. Thought can’t see itself separating itself from itself, which is why the observer is experienced as a real entity apart from what it is observing. 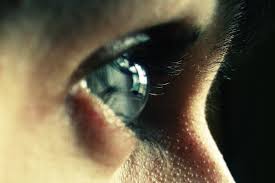 However awareness can be quicker than thought. And the whole brain can observe the observer, so that awareness catches thought in the act of infinite regress. In doing so one has the explosive insight that the observer is inextricably part of the whole movement of thought!

At that moment the separative trick ends, and one’s basic perceptual process fundamentally changes. The effect is like holding a mirror up to a mirror, and the mirrors suddenly falling away.

In this process of undivided attention, the ‘I’ doesn’t do anything, since any action of effort or will is still from the observer. Attention to the entire movement of thought, along with gently questioning the workings of one’s mind, ends the habit of divisiveness in the mind, at least temporarily.

The brain is so accustomed to looking through the observer (having done so for tens of thousands of years) that it falls back into the habit whenever there is inattention. That’s why being mindful, aware of what one is doing, thinking and feeling in the present, is so important and foundational.

Intense, curious, playful and yet passive observation gathers effortless, undirected attention. The fires of attention then burn away the extraneous accretions of memory and emotion, releasing energy.

It takes energy to release energy, but once released, the brain liberates tremendous capacities for direct perception and action.