Costa Rica News – We are saddened by the loss of an engineer, laborer and foreman who died in a tragic accident on a construction site. This happened in Santa Ana, 100 meters south of the police station in Rio Oro. 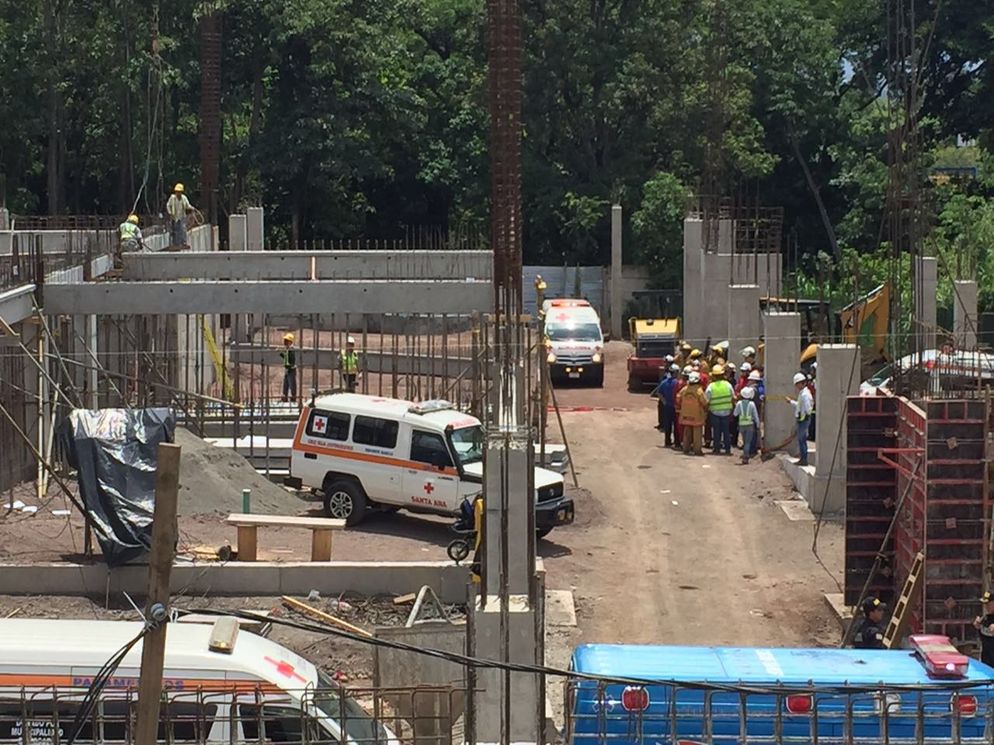 Apparently a crane was lifting what was supposed to be placed on four beams but they were unable to withstand the weight and gave out. There were eight people under the beams as they collapsed. Many escaped but these three were not so lucky. They were crushed by the cement beams.

The mishap occurred around 11 am at the site where an Automercado was being constructed for the last two months. An inspection had been performed in the area but something was missed, it seems.

Ashley Pamela Vargas Hall, 27 years old, was one of the victims. She had been incorporated into the College of Civil Engineers in February 2013. The other victims were Edilberto Gerardo Rodríguez Quirós, 52 years old, and Luis Silfredo Chaves Quirós, 47 years old.

The Red Cross, firefighters and OIJ attended to the disaster. Infrared cameras were used to see under the fallen material.

Relatives of the victims arrived on the seen and due to the shock of it all they were treated onsite by paramedics.

The construction company, Edificar, laments what happened and pledges support and answers to families. The investigation of what happened is ongoing.

Why Do People Drive Like Asshats in Costa Rica?