World Health News – For all those that were worried if that morning cup of coffee could possibly cause cancer need to stop worrying for now. 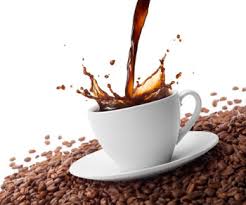 There’s not enough evidence to say whether coffee might cause cancer or protect against it, a global body of cancer experts said Wednesday.

The International Agency for Research on Cancer (IARC) stepped down its classification of coffee as a possible cause of cancer, and says its fresh review of the evidence shows it’s not clear whether it does or not.

But very, very hot drinks might, the IARC, part of the World Health Organization, said.

“Coffee is not classifiable as to carcinogenicity,” said Dana Loomis, an expert on disease patterns at the University of Nebraska Medical Center who led the study committee.

The team went through more than 1,000 studies done from the 1970s to this year and could reach no conclusion “either that it is safe or that it is dangerous,” Loomis told reporters on a telephone briefing.

But there’s good news for women.

“More than 40 cohort and case-control studies and a meta-analysis including nearly 1 million women consistently indicated either no association or a modest inverse association for cancer of the female breast and coffee drinking,” the team wrote.

It’s the first time IARC has looked at coffee since it said in 1991 that coffee was a possible cause of cancer, based on some studies linking coffee drinking with bladder cancer. “The Working Group concluded that positive associations reported in some studies could have been due to inadequate control for tobacco smoking, which can be strongly associated with heavy coffee drinking,” IARC said in a statement.

“The current evaluation is based on a much larger and stronger body of evidence.”

However, evidence from groups, mostly in South America where a very hot mate is consumed, showed that extremely hot drinks — 150 degrees F or hotter — just might be linked with cancer, the group said.

“The Working Group noted that the epidemiological evidence for very hot beverages and human cancer has strengthened over time,” it noted.

Extremely hot drinks might damage the cells in the esophagus enough to sometimes cause cancer, the group said.

IARC issues very broad classifications of definite, probable and possible cancer-causing agents. Their reports don’t say how much something might raise the risk of cancer, so unless they are read carefully, it can be easy to confuse a very high risk — such as smoking — with a very low risk.

The team doesn’t do direct research but reviews the quality and quantity of existing evidence. The classifications are not necessarily meant for the general public but are meant to guide policymakers.