Well I know that smoking has been banned in public places in Costa Rica to make places more healthy, perhaps they should ban eggs as well.   Is a diet rich in whole eggs nearly as artery clogging as smoking? That’s the premise of a new study, published Aug. 14 in the journal, Atherosclerosis. 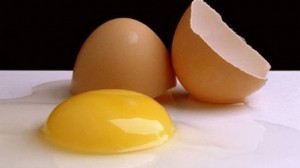 Dr. J. David Spence, a professor of neurology at Western University in Canada found a relationship between egg yolk consumption and the development of atherosclerosis, a condition that contributes to heart attack and stroke risk in which plaque accumulates along the walls of the arteries. The connection was similar to one between smoking and arterial plaque that was calculated in the same study, he and a team of researchers found.

Spence’s research team surveyed 1,231 middle-aged male and female patients who had been referred to a vascular prevention clinic at the London Health Sciences Centre’s University Hospital after suffering a stroke or a “mini-stroke.”

The team measured subjects’ carotid wall thickness, and compared that with answers about egg yolk consumption, smoking, exercise habits and other lifestyle factors. They did not have the data to look at overall dietary patterns, according to Spence.

The researchers calculated egg yolk consumption and cigarette consumption in the same manner, and found that the top 20 percent of egg consumers had narrowing of the carotid artery that was two-thirds that of smokers. The finding is particularly surprising, as cigarettes are known to cause immediate and profound damage to vascular health.

But some critics of the study are concerned with the comparison between egg yolks and cigarettes. While both are harmful, they cause harm in different ways.

“Smoking has a direct effect on blood vessels and development of plaque, whereas with eggs, it’s really an indirect effect: Eggs are part of the diet and the diet has an effect on overall blood cholesterol,” said Dr. David J. Frid, a staff cardiologist in preventive cardiology at the Cleveland Clinic. “A high level of blood cholesterol can lead to arterial plaque, but there are so many factors that can affect your cholesterol above eating eggs. There’s the rest of your diet, whether you’re overweight, whether you exercise, genetics.”

Instead, Frid suggested that eating a lot of egg yolks could represent an overall intake of high-fat, high-cholesterol foods. 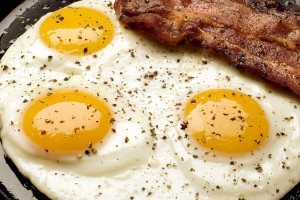 People who report eating a lot of eggs may consume unhealthy fare like sausages or grits along with them; those who eat egg whites only are particularly mindful of their saturated fat and cholesterol intake across the board. “The eggs could be a marker of people who have poor diet, rather than an actual characteristic,” he says.

“This study does not address other dietary factors known to influence cardiovascular risk, such as saturated and trans fat, or dietary fiber,” he wrote in an email to Healthy Living. “It is difficult to pinpoint the effect of one specific food or nutrient without considering the other components of a person’s diet.”

But egg consumption isn’t entirely unhealthful, research suggests. One major study found that egg eating was associated with a rise in serum HDL levels — the good, protective kind of cholesterol — along with LDL levels, which clog arteries. Eggs are also a good source of vitamin D, according to Frid.

But Spence asserts that these findings are based on a fundamental misunderstanding of cholesterol. “The cholesterol level you wake up with in the morning, has nothing to do with diet,” he told HuffPost. “It’s determined by how much cholesterol your liver produces.”

And that’s not the cholesterol you should worry about either, he argues. Instead, the rise in cholesterol that follows a meal causes immediate inflammation, which in turn contributes to plaque build-up and the narrowing of the arterial wall.

Arterial plaque builds up when blood vessels become irritated and inflamed — a normal occurrence for everyone, though some conditions like diabetes make the inflammation more frequent and more profound — the body’s repair response generates plaque, explained Frid. The nicotine and tar ingested from cigarette smoking inflames blood vessels, encouraging plaque accumulation. Dietary cholesterol, meanwhile, helps dictate how much plaque will build up, he said.

“Carotid plaque area, which was the primary measurement in this study, is a surrogate outcome for cardiovascular events; but, an association with this surrogate measure cannot be directly equated with risk of stroke or myocardial infarction,” wrote Gordon.