Costa Rica News – The Costa Rican government sets a budget for travel for its deputies each year, and surprise, surprise, that budget money has already be completely spent in the first 6 months of 2012.  In any normal case this budget would have been monitored and requests would have had to been put in to receive the desired cash, but my guess is this is like a piggy bank to the deputies that they see as for anything they like. 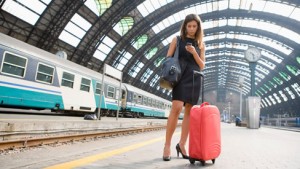 A friend of mine in Costa Rica told me once when he was describing a Costa Rican’s vision of the future and being able to make decisions based on future consequences.  He said “You can give a Costa Rican 5000 colones and tell them this is for food for 3 days. That Costa Rican will go out and spend the entire amount that first day on a little food an whatever else they fancy, not knowing where their food will come from days two and three.” The same thing happens with women getting pregnant in Costa Rica, they do not see that this decision  means that you are going to have to raise a child your entire life and that it is not something you can try for a couple of months and then stop. But I guess you cannot blame them as it is the culture and this attitude and recklessness is seen all the way to the top of the government.

Now that Congress ran out of money for these expenses, Secretary of the Board, Rita Chaves, considers it necessary to allow for another $20,000 to be placed in the budget  of each of the above for the deputies. What exactly have the deputies done to deserve this extra money?

Chaves management defended his fellow legislators abroad, and stressed that, in 2012, Congress reduced by 60% its budget for trips abroad.

“The Assembly restricted the use of travel and tickets for official travel only to the four agencies attending the Congress,”

The budget for trips abroad this year it cut the previous legislative Directory.

The lawmaker defended his management and said the current administration should take into account the decrease in the account when approving the expenses. Wow what a concept…..thinking of the budget before approving expenses.

In this sense, both pointed out that the priority is to stop the trips that only serve to make some deputies’ in essence tourists.

“In the past were allowed to travel other invitations that were not necessarily directly linked to the construction of laws,” said Chaves. So this baby in congress said that in the past we could spend this money on whatever we wanted and now we and being restricted to only use it for needed government trip.  Are you going to cry? What are moron.

Here is a solution deputies.  Why don’t you give complete transparency on where the money is and was being spent and then once the $80,000 you have already spent is accounted for then you can possibly get access to more funds.  It is time for accountability for the idiots in government.  You do not get to spend at will, steal at will, and get away with it.

PS – Lets track the $8 Million China just gave Chinchilla, you know that is going to be siphoned into the pockets of the deputies and he little band of criminals.