Costa Rica News – Well I guess you can take the Costa Rican out of Costa Rica but the Tico inside them will never leave.  I know being raised in Costa Rica leads to unethical behavior as people are just following the example of the government and the laws passed that promote stealing, but in the USA if you are caught you cannot point fingers at someone else you are taken to trial and incarcerated. 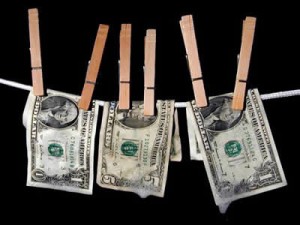 Two Costa Rican businessmen, one airplane pilot and one engineer, were arrested in Manhattan, New York, on suspicion of money laundering and conspiracy.

The Federal Bureau of Investigation (FBI) of the United States  identified the arrested as Luis Alejandro Giralt Apestegui (age 35) and Carlos Manuel Jimenez Chinchilla (39), who reside in Guachipelín outside of  Escazú, San José.

Their names appear in the public record of incarceration of the FBI, which located in the Metropolitan Correctional Center in New York, a state prison located south of the district.

According to the indictment the prosecutor Preet Bharara, filed with a New York court, the defendants “intentionally and knowingly combined, conspired and allied among themselves and with others” to commit the crime of money laundering.

According to the document, the Costa Ricans participated in a monetary transaction derived from criminal activity, with a value exceeding $ 10,000.

The indictment details that Giralt met in New York on August 5 with Francisco Delgado (not detailed nationality), another defendant in the case.

Consulate General of Costa Rica in New York confirmed yesterday in a press release that the U.S. authorities notified them about the arrest of the two ticos.

She explained that both face federal charges and, therefore, each one has a defense attorney.

Tico’s in the USA will not get a free pass from the judges like they have here in Costa Rica.. Bribery is rare and these Tico’s will be in a world of crime and punishment unlike here with the spineless judges and bribery.

I don’t agree with you in the fact that all cosraricans who were raised there, are used to unethical behavior lead by anyone, I’m a costarican with a pretty good job, with good principles that my parents taught me, that I never even thought leaving my country, like many others for a better opportunity. I know that a lot of politicians not all of them are corrupt, but that doesn’t mean that all of us follow their actions.

I am not saying all Ticos are corrupt, perhaps you are the exception to the rule. I think you would admit, however that many people in Costa Rica think of making a $ today and it does not matter how. Shark finning being allowed by the Costa Rican government, the border trail, you can steal up to $1000 in items and it not be a crime, and many other things. There are some good Costa Ricans but the government in CR is setting a very bad example.

I have to agree with Ricardo and not with Admin. Once again in your reply to Ricardo, you pointed that ” your are not saying all Ticos are corrupt, perhaps you are the exception..” in other words you insist that Ticos are corrupt and Ricardo the exception. Making such a general statement is very irresponsible. Some people, in any country, are corrupt. I remind you there are americans in jail in Costa Rica for killing people (does that means then that all americans are killers?) Definitively not, so is corruption. I know americans paying bribes to obtain a contract, does it means they are all corrupt? Again no. But corruption was becoming so common that the US issued a law known as the Sarbans Oxley, to stop US companies from presenting fake statements to obtain more funds from private investors. Even with the law, they were not able o stop the financial crisis os 2008, generated for overpricing shares, properties and others. So, if in the U.S. there is an specific law and still is not supervised or applied appropriately, does it means the U.S. government is overlooking this issues and does not protect their citizens? Maybe yes. Does it make a good government? Definitively not. Are we supposed to considered all americans the same as their government? Absolutely not. Well, same thing for Ticos and their government. The fact that there is a bad government (both countries have gone through the same) does not mean their citizens are as their government.