Well ICE is a terribly run company.   Its customers service like all sectors of the Costa Rican economy leaves a lot to be desired. It is losing money but recently told the government that they do not need to show where the money is being spent.  However, the Costa Rican government does not want to open this monopolized sector of the economy, most likely because the money is being siphoned into the pockets of those same government officials that are against this plan. 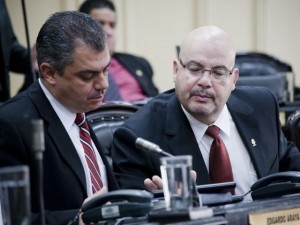 The proposal, called as one of the priorities of the Executive, is being discussed by the Economic Affairs Committee, which already has enemies.

Although a single deputy is sufficient to impede any legislative record in the Economic Forum more than half are against the project, which predicts an uphill climb.

The proposal poses a greater private participation in electricity generation.

Current law states that private generators can not produce more than 15% of electricity in the country. By approving the plan, the cap would be 25%.

President of the Legislative Assembly, Victor Emilio Granados, reaffirmed yesterday that it is against the bill and that is a position of the entire party caucus Accessibility without Exclusion (PASE).

“On the issue of electricity there is no negotiation possible,” he said.

The president of the Economic Commission, the liberationist Victor Hugo Viquez, said he will try to open spaces for dialogue to advance the project, but agreed that the outlook is difficult.

The Economic Forum consists of nine legislators, one of them is Congressman Martin Monestel GO, which also adversely project.

He joined the Congress Party (PAC) Juan Carlos Mendoza and Victor Hernandez, and the Social Jose Roberto Rodriguez, who also oppose the plan by the Executive.

Former Director of Conavi: “I Have Nothing to be Ashamed Of”