DEAR ABBY: My daughters are attractive young women, both doing well in their professional careers. “Melanie,” who is 27, is married to “Sam,” an extremely attractive and successful man. 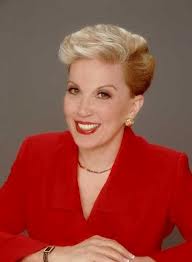 My 30-year-old daughter, “Alicia,” has been divorced for a year. Her marriage failed two years ago because she and her husband had an appetite for sex outside their marriage. While I was disturbed about that, I was horrified to learn that Melanie allows her sister to occasionally have sex with Sam.

Melanie’s argument is that Sam is less likely to cheat given this situation. When I asked her and Sam about it, he said it wasn’t his idea. My current husband says any man who would refuse this “set-up” would be nuts. Alicia claims she “doesn’t have time” to date right now, and after she finishes her MBA, she’ll seek out a more normal relationship.

I am distraught about this mess. Melanie says she wants to start a family soon. She says she loves Sam, who can “handle everything,” and she enjoys seeing “everyone happy.” She says Alicia won’t sleep around now and, maybe, one day she’ll marry a handsome man like Sam who will “return the favor”!

I can’t believe these girls are my daughters. Should I continue to protest or let it go? Is this relaxed attitude about sex prevalent in young people today? I cannot understand Melanie’s lack of desire to defend her turf. — HEARTBROKEN MOM IN FLORIDA

DEAR MOM: Your daughters appear to be into the concept of open marriage. Clearly, they do not view marriage and relationships the same way you do.

Melanie is naive to think that encouraging Sam to have a sexual relationship with her sister will discourage him from seeking other partners. Far from it. And as for her wanting to start a family, has she considered what will happen if her husband impregnates Alicia at the same time — or first?

But back to your question: Are you right to protest? You certainly are. That’s what mothers are for — to inject a dose of sanity when everyone around her is losing theirs.