Costa Rica News – For all of you that are tired of paying the expensive ICE Internet costs that comes with slow upload and download speeds and terrible customer service, you are going to have to wait a but longer to get that service upgraded. 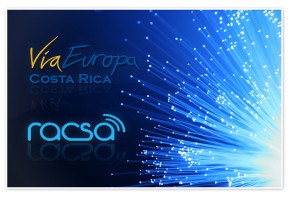 Although there are about 20,000 potential customers on the waiting list for the fast and inexpensive Racsa  Internet it i being delayed for launch.

The project was presented with great excitement this past September. Even President Laura Chinchilla was to be one of the first users last December.

This was announced September 24th by the CEO of Radiographic Costarricense ( Racsa ), Orlando Cascante. However, that statement was never denied or clarified by his partner, the Swedish firm, Via Europe.

In late December, Cascante said that the service would start in January. He spent January and February without a working business plan where Racsa could offer 10 Mbps for $ 50 a month,and it still has not begun.  Today a connection  costs almost $ 100 a month.

Yesterday the chief explained that the delay is because Via Europe does not have the authorization certificate by the Superintendency of Telecommunications (Sutel) to offer services in the country. This is probably going to be quite hard to come by since it would mean ICE has competition.

“We’ve been moving in some other aspects, but it is essential that they have the authorization certificate. Of course, you are not going to invest in a country if it has no corresponding permits, “said the manager of firm.

In Sweden Via Europe prefers to talk about quality, not dates.

In December according Cascante the company was just beginning the process before the Sutel.

Matías Lindberg, CEO of the company, said yesterday that they never made a deal with Radiográfica to set project start dates.

Hopefully one day soon this will come into reality so we do not have to deal with ICE’s terrible customer service lines again.