World News – In a move that probably brings the two most popular daily fantasy websites a step closer to moving offshore or to Costa Rica, New York has closed its doors to it doing business with FanDuel & DraftKings. 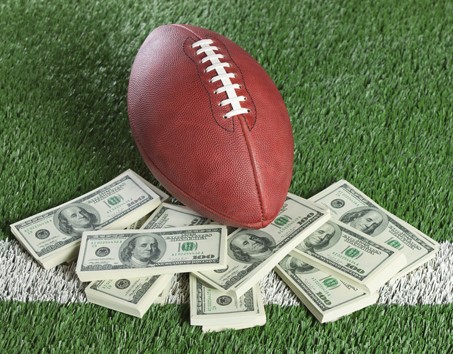 The embattled daily fantasy industry has absorbed what could be its most crippling blow yet.

Via the New York Times, New York attorney general Eric T. Schneiderman has informed DraftKings and FanDuel to cease and desist doing business in the state.

“It is clear that DraftKings and FanDuel are the leaders of a massive, multibillion-dollar scheme intended to evade the law and fleece sports fans across the country,” Schneiderman said. “Today we have sent a clear message: not in New York, and not on my watch.”

“We’re disappointed he hasn’t taken the time to meet with us or ask any questions about our business model before his opinion,” a spokesperson for DraftKings, which said it has 500,000 users in New York, told the Times.

“Fantasy sports is a game of skill and legal under New York state law,” FanDuel said in a statement issued to the Times. “This is a politician telling hundreds of thousands of New Yorkers they are not allowed to play a game they love and share with friends, family, co-workers and players across the country.”

The companies can challenge Schneiderman’s decision in court.

According to the Times, Schneiderman concluded that DraftKings and FanDuel “seriously mislead New York citizens about their prospects of winning,” and that “the top one percent of DraftKings winners receive the vast majority of the winnings.”

The development comes at a time when both New Jersey and Pennsylvania are considering regulations for the daily fantasy industry in their states. The Tampa Tribune recently took a look at the legal challenges facing the industry in Florida, where a federal grand jury has been investigating whether daily fantasy violates Florida law and, in turn, federal law. One law professor in Florida has suggested that resident who play daily fantasy games shouldn’t leave money in their accounts, due to the possibility that the accounts eventually will be frozen.

The concept of daily fantasy for money arises from a 2006 federal law that outlawed Internet gambling, but that carved out an exception for fantasy sports, based on the notion that it’s a game of skill not chance. However, the various states can reach their own conclusions regarding whether DFS games are legal.

Before the challenges to the industry emerged — starting with a scandal regarding the perception that an employee of DraftKings was using inside information to win large amounts of money in FanDuel contests — the companies already were avoiding a small handful of states. Since then, Nevada has instructed DraftKings and FanDuel to stop offering games there unless and until the companies are properly certified as gambling operations.

The attacks on the industry have intensified as it has grown at a rapid rate, with a proliferation of advertisements and billion-dollar valuations for the leading DFS companies. Sports leagues (but not the NFL) and sports owners (including NFL owners) have made significant investments in DraftKings and/or FanDuel, along with other large, established companies.