For at least 100,000 years, since ‘modern man’ first emerged from Africa, humans have been as we are—tribal, self-centered and dominated by the separative, alienating-from-nature capabilities of so-called higher thought. 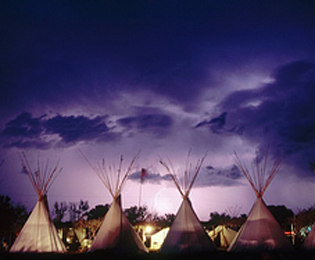 During indigenous times, people lived in rough balance with nature. Even then however, man showed a propensity for disruption and destruction, as evident by the likely extinguishment by prehistoric hunters of large fauna in North America.

My basic premise is that the human adaptive pattern, which rests on the ability to consciously remove animals, plants and minerals from the environment, is rightly separative in its utilitarian function, but carried over to the psychological dimension, is inexorably fragmentary.

Because we as a species have not had sufficient insight into the nature of symbolic thought, the supreme adaptation of conscious thought has led inescapably to the present ecological crisis, which manifests and mirrors the crisis of human consciousness itself.

That a single species should have the power to denude and destroy the planet that gave rise to it is not just an existential mystery; it poses basic questions about consciousness and evolution itself.

For if man is a monumental mistake of nature, as many now believe, then the evolution of brains such as ours, indeed evolution itself, has no meaning or value.

Some people take dubious refuge in the belief that human beings are unimportant––infinitesimal specks on a speck in space. And that our destructiveness is evidence that life is a chance event against a background of chaos.

But the very fact that humans evolved along with all other life, yet we are a sentient species that has started the “Sixth Extinction,” raises many questions. Foremost perhaps: What place do thought-bearing species such as us have in the universe?

Others insist that the previous five extinction events (defined as “a sharp decrease in the number of species in a relatively short period of time”) prove that nature itself is destructive, and so we should not expect man to be otherwise.

Does one really need to point out that there is a vast difference between a natural event, such as an asteroid impact wiping out most life on earth, and the mass extinction caused by a sentient species?

Inverting the question, doesn’t our very destructiveness as planet-plundering creatures point to our potential as human beings, capable of being worthy of the name we’ve given ourselves—Homo sapiens (‘wise humans’)?

It’s become popular to say that humans have no greater value than any other species. Conversely, New Agers talk about ‘the Higher Self’ as a 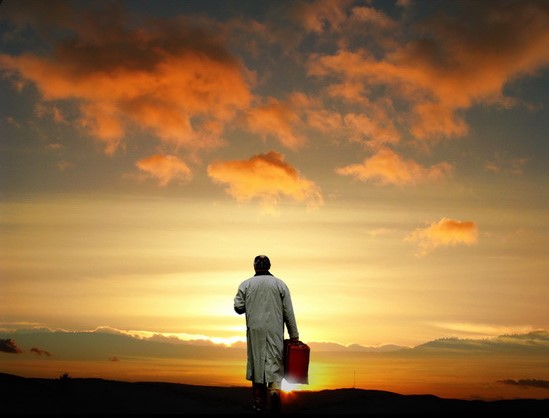 So there are many mysteries in the emergence of sentient species. As science and technology increase, do all so-called intelligent species (the capability for symbolic thought and high science do not, as we are now acutely aware, make for intelligence) tend to fragment their planets’ ecosystems and extinguish their fellow creatures? Questions like these speak to the heart of what used to be called ‘the riddle of man.’

Astronomers have now discovered hundreds of ‘exo-planets’ orbiting distant suns, a few in ‘habitable zones,’ probably with water like earth. In the lifetimes of many people alive today, I think science will find that single celled life is quite common in the universe, multi-cellular organisms are uncommon, and sentient, potentially sapient species such as humans are rare.

My hypothesis is that all creatures possessing symbolic thought pass through essentially the same crisis of thought-consciousness that we humans presently are. (Though other thought-bearing species may not carry the stupid use of thought to the brink of ecological and spiritual destruction, as we humans have.)

If I’m right, the question of extraterrestrial life will not be answered until and unless the question of terrestrial consciousness is resolved. Neither science nor religion can resolve the human crisis; only our transmutation or extinction can.

Like it or not, the ultimate existential question for humanity is in our hands, that is, in the minds and hearts of the living generations of people who still give a damn.

We can no longer fob off the urgently pressing question of the disastrously fragmenting nature of human consciousness onto the next generation. The human mind has divided the infinitely layered wholeness of the earth’s ecosystems to the breaking point. And in so doing, we have also divided ourselves to the breaking point.

In short, the fragmentation of the earth and humanity by the unwise use of symbolic thought has reached its limit, and evolutionary pressure increases by the week for a transmutation of human consciousness.

All thinking and feeling human beings are facing the question: Can we, within ourselves, resolve the crisis of human consciousness in time to preserve the integrity of the planet, and ourselves as individuals and a species?