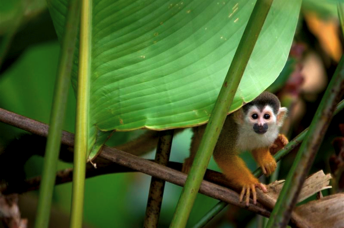 The locals can become trained to protect the land and wildlife and give tours to visitors. The conservation areas become a source of income. They can make $100 a day giving tours instead of $20 working the fields.

The country’s development is focused around the city, so employment options are few and far between in remote areas such as those near national parks. In the past, this has lead to high numbers of people resorting to illegal activities to survive.

The natural beauty around these remote areas gives locals a shot at making a decent honest living. Take Osa, for example. 90% of the economy is now dependent on whale sightings. Fishermen left the tiresome trade and are now employed as guides.

Those in Camaronal Wildlife Refuge no longer have to illegally sell turtle eggs for ¢1,000 per kilo because they can make ¢4.320 legally giving turtle nesting tours which boost awareness of the need to preserve the species.

Life is different in these areas, thanks to tourists. In Pozo Azul it no longer makes sense to capture a scarlet macaw to sell as a pet because much more is gained on a daily basis giving tours that include wild scarlet macaws.

Getting Your Christmas Gifts Into Costa Rica Without Taxes (Audio)