The symptoms of the new SARS-like coronavirus are a serious cough, a shortness of breath and a rise in temperature. Unfortunately, this sounds like the average common cold. It’s the bit that follows that gets worrying — breathing becomes a struggle and your lips start going blue. 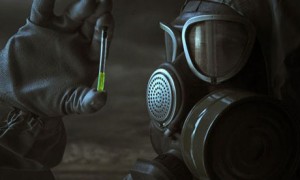 In hospital, they’ll ask you if you’ve been on holiday recently. If the answer is Tenerife, they’ll send you back home.

But if you’ve come back from the Middle East, they will begin looking at you differently.

They’ll start by donning face masks and white gowns. Throat samples will be taken and sent to a high-security laboratory.

Your body will start to get floppy as your lungs struggle to get oxygen.

You’ll find yourself being stretchered down the corridor or transferred by ambulance in a plastic anti-infection bubble to a hospital specializing in intensive care for people with respiratory infections.

If you’re lucky, your body will stay calm and your immune system will kill the virus. You’ll have defeated the coronavirus.

But if your immune system overreacts to the virus, you’ll find yourself teetering between life and death.

Fluid will build up in your lung tissue, making breathing even more difficult.

You’ll be put on a life-support machine and given a 50/50 chance of recovery.

Unfortunately for you, antibiotics will not touch the virus and there are no antiviral drugs.

Six people have died such a death so far, worldwide. The first patient to die in Britain passed away on Sunday night at the Queen Elizabeth Hospital in Birmingham and the Health Protection Agency is now on full alert.

Doctors in accident and emergency departments have been briefed to take extra samples if a patient has visited Pakistan or the Middle East.

Britain’s public-health laboratories have been working round the clock to get a genetic fingerprint of the virus.

Meanwhile, scientists at Rotterdam University in Holland are looking at swabs taken at the start of the outbreak eight months ago.

They are keen to see if the virus has a common source or if it is a nasty conglomeration of several viruses from this family.

The worst-case scenario is that the virus adapts itself so that it is able to spread more easily from person to person. 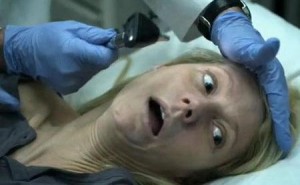 The best-case scenario is that we have a virus that struggles to leap from person to person — and can only do so within families.

So far, it appears to be the latter.

The virus had a chance to go global after Christmas when four million pilgrims went to Mecca in Saudi Arabia for the Haj religious pilgrimage.

There was no mass outbreak. But the virus does appear to be airborne — meaning that it can be carried by droplets from your mouth.

In a family setting, this means that kissing, sharing towels, sneezing and coughing without putting your hand up are all high-risk behaviours.

In a city context this could mean that close contact on packed Tube trains could help the virus to thrive.

The worry is that the more people get infected, the higher the chance that it could mutate.

But the good news is that viruses are not notorious for mutating. With more attention to hygiene, the chances are the spread of this virus will be halted.

Will there ever be an infectious disease that could wipe out the human population? It’s possible.

I do think it’s inevitable that we’ll have a global outbreak of flu sometime around 2017-18, if historical cycles are anything to go by. Vigilant surveillance is the only real answer that we have.

New flu strains are a day-to-day problem and we have to be careful to keep on top of them.

We now have scientific processes enabling us to quickly identify the genome — the total genetic content — of the virus behind a new illness, so that we know what we are dealing with.

The best we can do after that is to develop and stockpile vaccines and antiviral drugs that can fight new strains that we see emerging.

I’m worried our politicians are not taking this certainty of mass death seriously enough.

Such laxity could come at a human cost so unprecedentedly high that it would amount to criminal negligence.

The race against newly-emerging, animal-derived diseases is one we must win every time.

A pandemic virus needs to win only once and it could be the end of humankind.

Smokers Should Quit Before Turning 44