Smokers Should Quit Before Turning 44

Health News –  Hey young smokers, here’s your mulligan: People who quit smoking by age 44 tend to live nearly as long as those who never smoked, according to a study in the New England Journal of Medicine. 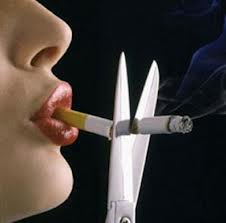 Researchers from the University of Toronto analyzed health and smoking records collected from more than 200,000 Americans, then compared the lifespans of smokers to non-smokers. One of the study findings was predictable: Those who never smoke live a decade longer, on average, than lifetime smokers.

But for those who quit–even well into middle age–the study results are encouraging: Men and women who smoke their last butt before turning 44 die just 1 year earlier, on average, than those who never smoke, the research shows. Also good news: Those who quit by age 54 die just 4 years younger–a lot better than the decade lost among lifetime smokers.

But don’t think of this as your green light to smoke into your 40s, says Dr. Prabhat Jha, a professor of public health at the University of Toronto. Jha says men who quit by 40 are still 20 percent more likely to die in a given year than those who never smoke. Why? Increased risk for heart disease, cancer, stroke, and the dozen other life-threatening health risks research has linked to cigs, Jha explains.

Having a hard time breaking the habit? Download Quitpal (free for IOS), a new app from the National Cancer Institute. Among other features, it helps you track the money you’re saving and connects you with social media networks so friends can help you stay on track. It will even send you encouraging texts, which can double your likelihood of quitting, according to a study in The Lancet.