Costa Rica Entertainment – True Tico fans of “Star Wars” were all awake last night for the midnight showing of the seventh installment of the saga. 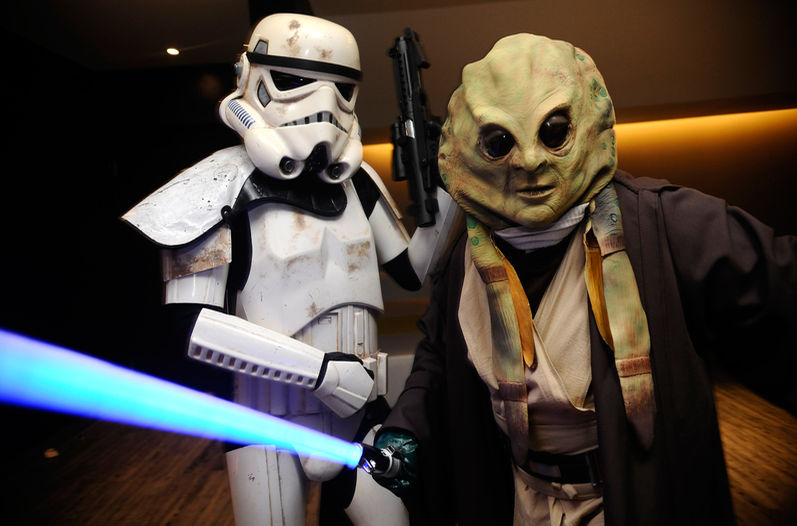 One could easily have believed it was Halloween because of the amount of people dressed up as characters from the film.

Some people bought tickets in advance. Others waited in line for hours. It was one of the busiest premieres Costa Rican cinemas have seen. Organized groups of fans took over many movie theaters and malls.

The expectation of most was that the film would be intended more for an adult audience this time and that it would allow viewers to reminisce the sixth movie and cause excitement about eighth one which is to come.

Most had positive feedback. The plot was enjoyed and the public left happy. Many took selfies with other fans dressed up as their favorite characters.

The movie set us up to look forward to the next one.