Health News  – I know there are a lot of expats living in Costa Rica as well as people thinking of travelling to the country that want to know more about the Zika Virus. 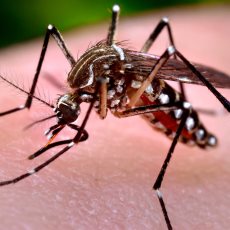 The World Health Organization has updated its recommendations on pregnancy, sex and the risk of Zika virus. WHO now agrees with the U.S. Centers for Disease Control and Prevention, which suggests waiting eight weeks after any possible exposure to Zika to have unprotected sex.

Zika’s steady spread across Latin America and Pacific island nations — and its inevitable arrival in parts of the continental U.S. — has many people worried. Here are some answers to some pressing questions about Zika, sex and pregnancy:

Can the virus be transmitted by any kind of sex?

So far, the evidence points to male semen as the source of transmission. The virus is mostly carried around by the Aedes mosquitoes, but there are several clear examples now of sexual transmission. Almost all of the cases have been of men infecting women, although there’s one documented case of a man infecting his male sexual partner and a case of possible transmission through oral sex.

How do doctors know? It becomes clear if one sexual partner has traveled to a Zika-affected region and the other has not. “We don’t know if a woman with Zika can pass the virus to her sex partners,” the CDC advises.

What if I get infected now and want to get pregnant in a couple of years? Is my pregnancy at risk?

There is no evidence backing that up. The body clears the Zika virus eventually. There are some viruses that stay in the body permanently — herpes and the AIDS virus HIV, for example.

But Zika virus is one that the immune system eventually gets rid of. Several viruses are known to cause birth defects if the mother is infected during pregnancy. Rubella, also known as German measles, is an example. But there was never any evidence that women infected with rubella before they got pregnant had a higher risk of birth defects in later years.

How long do I have to wait before I get pregnant?

WHO advises that people wait six months to try for a pregnancy if the male partner had symptoms of Zika, and waiting eight weeks if either partner has been in an area where Zika virus infection is possible. If a woman is pregnant and her male partner could possibly have been infected, they should use a condom or abstain from sex for the whole pregnancy.

“Zika virus can stay in semen longer than in blood, but we don’t know exactly how long Zika stays in semen,” the CDC advises. There’s a report of one man who had Zika virus in his semen more than two months after he showed symptoms of infection. Since half of the pregnancies in the U.S. are unplanned, CDC also advises using a condom or abstaining from sex for two months if there’s a chance a man has been infected with Zika.

“Men and women of reproductive age living in affected areas should be informed and orientated to consider delaying pregnancy,” WHO advises.

What if I’m pregnant now and get bitten by a mosquito?

Not all mosquitoes carry Zika, even in the places where the virus is actively spreading. It’s the Aedes aegypti and Aedes albopictus mosquitoes that carry the virus, and one of them has to have bitten someone who’s infected — and even then, it takes a couple of days for the virus to build up enough in the mosquito’s body for the insect to transmit the virus to someone else.

So unless you are in an area where Zika is spreading, it’s not time to panic. Women in Zika zones need to take the strongest precautions, however and that includes using repellents such as DEET, covering up, and staying inside as much as possible. Women who become infected do need to see a doctor right away and get regularly tested and then have their pregnancy carefully monitored. There is no known way to protect a developing fetus from Zika infection, but doctors do know that not every woman who gets infected during pregnancy goes on to have a baby with birth defects.

The CDC expects some local outbreaks of Zika in the states where the Aedes mosquitoes are common, but nothing like the epidemics in Latin American and Caribbean countries.

If my baby is born normal, are we in the clear?

No one can say yet. The most obvious and horrifying birth defect known to be caused by Zika infection is microcephaly. The child’s head is smaller than normal because the brain itself is badly damaged. Doctors are now starting to report subtler birth defects in babies born to women who’d been infected. They include eye abnormalities, hearing defects and other brain damage. Some birth defects do not become apparent for years. The CDC is keeping a registry of all U.S. women who are pregnant and infected with Zika. So far, they’re watching 279 in the 50 states and the territories.

Health experts are also studying pregnant women to see what percentage of babies are hurt if a mom gets infected during pregnancy, and what the most dangerous times are.

Ignite the Light of Insight