Costa Rica Sports – FIFA may have suspended their funding but CONCACAF are getting used to operating on reduced cash flow. 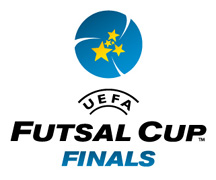 The US Justice Department partially froze funds back in May 2015 when they arrested then president Jeffrey Webb and Costa Rican president Ricardo Li, and followed that up with a raid the confederation’s Miami headquarters.

But CONCACAF has displayed a certain resilience when it comes to keeping going and today announced that its regional Futsal championship will be hosted in San Jose, Costa Rica, May 8-15.

The tournament will qualify four teams to the FIFA Futsal World Cup, to be played in Colombia later this year.

Teams competing in Costa Rica will be automatically qualified Mexico (the highest place CONCACAF side at the last Futsal World Cup), Cuba and Curacao from the Caribbean, Guatemala and Panama from Central America, and Costa Rica as hosts.

The eight team final tournament will be completed by winners of play-offs between the US and Mexico for the second North American slot and the CFU’s Trinidad & Tobago and UNCAF’s Honduras.

By Paul Nicholson, Inside World Football