Costa Rica News – We all know that these things happen all around the world, where a person will get off on a legal technicality, but this one seems ridiculous. The Pavas Trial Court acquitted a priest of the crimes of rape and sexual abuse committed against an altar boy that was 13 years old, because when the events occurred (1999), the law did not see the 13 year old as a minor. 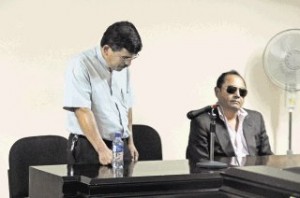 During the hearing, the district attorney had asked to impose 22 years in prison on  two counts of rape and four of sexual abuse of a minor.

The case occurred in Puriscal and was held against the priest Jaime Cerdas Alvarado, 54.

Cerdas, just before the end of the trial, said: “I had always waited for this moment to speak about this because it was something so embarrassing and painful.”

However, after hearing the acquittal and explanation of the judges, said: “I better refrain right now.” So he was going to talk about the crime and confess to everyone about it but then he was set free and decided not to say anything.  The hypocrisy of the church is absolutely amazing.

The victim, who is now 27, said: “The judge just said that if he had been at had happened at another time the priest would be condemned. Either way, it proves that I was always spoke the truth “.

The incident occurred in 1999, but the victim did not pursue the case until mid-2006.

The victim was 13 years old at the time and the legislation in place at that time did not consider it rape if the child was over 12.

Basically the priest needed to be accused of rape and abuse of an adult per the law. Now with a little bit of embarrassment this man of the church will walk away with his Costa Rican pride intact. Just  a little bump in the road and then on with his life while this now adult is probably screwed up for the rest of his life.

Rusted Shut at the Hinge of History