Rusted Shut at the Hinge of History

There are times when continuing within an existing political and psychological paradigm becomes extremely impractical. We stand at just such a moment in world history, and nothing exemplifies it more than the suppurating wound of Syria. 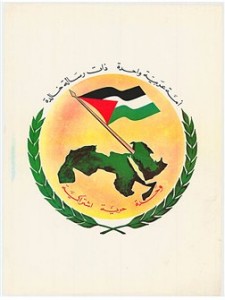 After procrastinating and prevaricating for two years with regard to the horrendous human tragedy and growing regional catastrophe, the Obama Administration is beginning to build a casus belli for intervening in Syria. But war is never the answer.

In classic doublespeak, US Defense Secretary Chuck Hagel, looking out of his depth in referring to Obama’s “red line,” said on Thursday: “The US intelligence community assesses with some degree of varying confidence that the Syrian regime has used chemical weapons on a small scale in Syria, specifically the chemical agent, sarin.”

What the hell does “some degree of varying confidence” mean? Such a statement exemplifies the dyed-in-the-bull Obama pattern of trying to have things both ways. Even so, the era of genuine American leadership in the Middle East, or anywhere else in the world, ended with the invasion of Iraq.

For readers who have turned away in dismay and disgust (though not with indifference and insensitivity) at the preventable deaths and disruption of millions of people’s lives, the conflict in Syria began as a popular and peaceful uprising during the Arab Spring against the despotic regime of Bashar al-Assad.

Assad reacted the way his father did to protests decades earlier–with unmitigated brutality. The opposition began to defend itself, and grew into armed rebellion as Assad shelled, bombed and strafed. Then the Arab Spring in Syria became the present nightmare of full-fledged civil war.

The so-called international community sat on its hands, paralyzed by Russia’s support for Assad and America’s call for his resignation. Two years passed, tens of thousands were killed and millions were displaced, many spilling over the borders into Jordon, Lebanon and even Iraq.

Humanitarian support from the international community was minimal, and providing neutral safety zones for civilians was never seriously considered. The ‘sole remaining superpower’ was rendered a helpless and hapless giant. Atrocities (such as “crimes committed against children, rape and sexual violence” according to the UN) have been widespread, by far mostly on the Syrian government side, but to some degree by the rebels as well.

Last week, a UN inquiry doubled down on the Security Council’s ineffectiveness, combining an approach of too little too 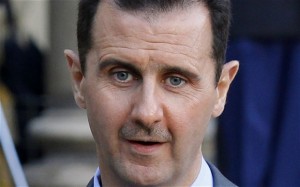 late with too much too early, in recommending charges be brought against people on both sides of the conflict at the International Criminal Court.

At the same time, the New York Times reported, “as Islamists increasingly fill the ranks of Syrian rebels, Assad began waging an energized campaign to persuade the United States that it is on the wrong side of the civil war.” Evil mocks us.

So-called progressive commentators in the United States say things like, “What is the benefit to America to get involved in this civil war in Syria?” The same person, with completely unintended irony, pronounces, “The idea that America’s essence is at risk is fraudulent.”

What country is he living in? Nearly 90% of the American people agreed after the slaughter of six-year-olds in Newtown Connecticut that there should be universal background checks, but even that minimal gun control was defeated in the Senate. America’s essence is not just at risk; it’s gone. The people are dead.

This past week also witnessed the sad spectacle of a standing US president and four former US presidents attending George W. Bush’s library inauguration. President Obama gave a good ole boy handshake and speech, with W blubbering a few lines about how America’s greatest days were ahead of it.

Though Obama’s lack of leadership has become a truism, there has in fact been no leadership from his administration with respect to Syria. Even now that his self-declared “red line” of the use of WMD’s has been crossed, he hedges: 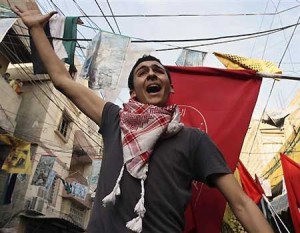 “Knowing that potentially chemical weapons have been used inside of Syria doesn’t tell us when they were used, or how they were used.”

It is simply no longer true, as Vali Nasr said on The Daily Show: “Without American leadership, giving some kind of guidance to countries in the region and the world, things are not going to move in the right direction.”

It is true that in the past “America got the rest of the world together to help at critical moments… and that the US had a big role in spreading democratization.” But not only has the world changed, America has inwardly collapsed, and can no longer lead. What can fill the vacuum of leadership that America once held?

The United Nations is necessary, but obviously not sufficient. Connected individuals now have more power than governments. But the ethos of social media on the net has not as yet produced an ethics of world citizenship that puts pressure on national governments to act, even in the face of crimes against humanity.

The idea that people have to work out their own problems, and that interfering in their ‘self-determination’ only creates resentment is not only heartless; it’s unconscionable when evils are being perpetrated on a mass scale.

The international community does not need to choose sides, but it does need to act to protect children and unarmed civilians. At present however, there’s little infrastructure and virtually no political will for doing so, in Syria or anywhere else.

The nation in which we happen to have citizenship, the language we happen to speak, the culture we happen to come from, and the history we happen to have are completely secondary now. Viewing the world in terms of particular peoples and the identification with one sub-group or another is not only regressive; it’s divisive, pitiless and pointless.

In our de facto global society, the future of humankind requires a workable framework of global governance. National governments must begin to live by the same laws that the citizens of every country are expected to live by.

Nationalism is as dead as monarchism. Sovereignty no longer belongs to nation-states, anymore than it belongs to kings. But at this point, neither a sufficient number of citizens, nor a minimum number of governments are ready to acknowledge that the meaning of sovereignty has fundamentally changed.

Freedom does not lie in being a dividual, that is, in the obsessive personal orientation that the net and media extol and roll in like pigs in muck. Freedom lies in seeing and feeling the whole—the whole of life, and the whole of humanity.