Costa Rica News – After the Mission Blue expedition to Cocos Island this past spring, we’ve been shining a spotlight on the unfortunate overfishing of sharks in Costa Rica’s waters. We took a moment this past week to catch up with our valued partners at Marviva, who are based in Costa Rica and have been fierce advocates for marine conservation and sensible policy.

MB: How’s the situation on the ground? 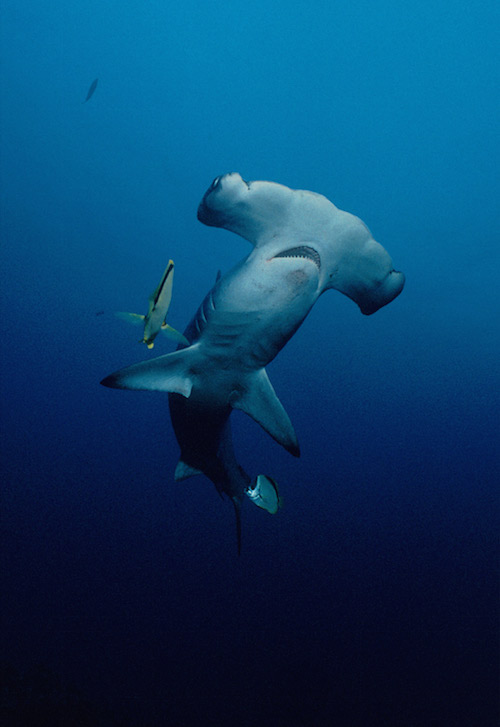 Marviva:  The situation with shark finning in the country has gotten worse even though the amount of sharks that have been landed and exported has been reduced in the last 5 years, from about 900 metric tons of 350 metric tons per year.

It is still a very worrisome problem for a few reasons. First, there is not good control on what has been landed and where it comes from. Second, the government recently made an agreement with the fisheries sector to not support the incorporation of new species of shark on protected lists if the shark species has commercial interest. This was also supplemented by a commitment of the government to petition carriers, like American Airlines and UPS, to reverse their ban on the transportation of shark fins in their cargo. Who knows if it will work. But that was the commitment they made to the fisheries.

MB: Why is the government doing this?

Marviva: The government’s position is that the shark is a very important fishery for the country. In volume, it is only second to mahi mahi. So, there is a social concern to maintain the shark industry. They are argue that shark finning is not the primary driver of the capture, but instead the shark meat. Of course we do not agree. If you consider that the market price is $60/kilo for shark fin and $1/kilo for shark meat, it becomes pretty clear what the driver is. Now we are facing difficult times. We are in a very stressful situation especially because of these new policies. We are waiting to see these actions become implemented. And we’re planning on taking legal actions against the government in the upcoming months.

MB: But what about the recent moratorium that Costa Rica announced?

Marviva: This moratorium does very little to change things. The landing of hammerhead sharks represents only about 3% of the landings. So, there is going to be very little impact on the shark situation. This announcement only reiterates what the local CITES committee had declared in 2014 and that was overruled early this year. The government approved exportations of hammerhead shark products early this year, disregarding the previous report from the local CITES authorities calling for a ban on hammerhead shark products exportations. Now, under a lot of pressure they announced this moratorium, which again was in place since last year at the request of local CITES authorities. It is too little, too late and only for a year.

MB: What about the Cocos Island Hope Spot. As a marine protected area, is it actually protected?

Marviva: We know by fact that Cocos Island is the subject of illegal fishing every day. And in other protected areas there is no control at all. We have very little enforcement capacity in the country. We therefore concentrate most of our enforcement on the first 3-4 miles off the coast. So fishing interests do what they want. There aren’t really inspectors except for the in port. The coastal guard is stretched very thin. They have limited conditions and few personnel or boats to do their job. Yes, it’s very likely that a significant portion of those shark landings are coming from Marine Protected Areas.

MB: To preserve these sharks, what needs to change?

Marviva: Unfortunately, there is no simple solution. The main concern is the lack of institutional framework that would compel the fisheries agency to actually abide by technical and scientific-based arguments. We have been pressing this government to restructure the fisheries agency. That implies a new law that has to go through congress. That is complicated. This is an issue that deals not only with the fisheries but with trawling. Any issues related to fisheries in this country is in a situation that requires a total overhaul in terms of the laws, the regulations and the data that supports the regulations. We need an agency that has a strong science-based decision making process, is impartial and not dominated by the industry. The board of our fisheries agency is mostly composed of fishers and representatives of the industry. The penalties for noncompliance are also too light. For example, illegal tuna vessels fish here and they pay $8000 on an illegal cargo that costs $2.5 million dollars. That is ridiculous. And of course we are arguing against this.

To support Marviva’s amazing work in Costa Rica, click here. We’ll keep you in the loop as these issues progress.