Costa Rica News – Generating electricity in private homes and businesses is one of the ways that Costa Rica can mitigate emissions of hydrocarbons. 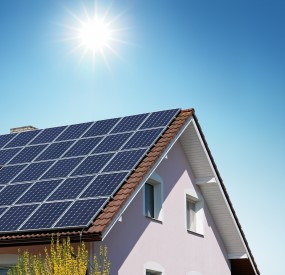 The price of expanding the country’s energy capacity does involve minimal damage to the environment but it is considered a risk worth taking since in the end there will be greater installed capacity and a significant increase in cleaner energy.

The State is to encourage distribution and subsistence on small-scale electricity generation. The goal is that homes or businesses will save money on their monthly electricity bills all while lowering the impact on the National Electricity System.

Thermal generation was 10.2% of the electricity produced last year. This kind of energy is used to accommodate two major daily peaks in demand, at noon and at the end of the afternoon.

Reducing the energy demand and heat generation of the national system in turn reduces the emissions in the country.