Ghosts & the Supernatural – 2100 Hours is the arriving time at the haunted cottage in Oroville, the date is January 30, 2010. 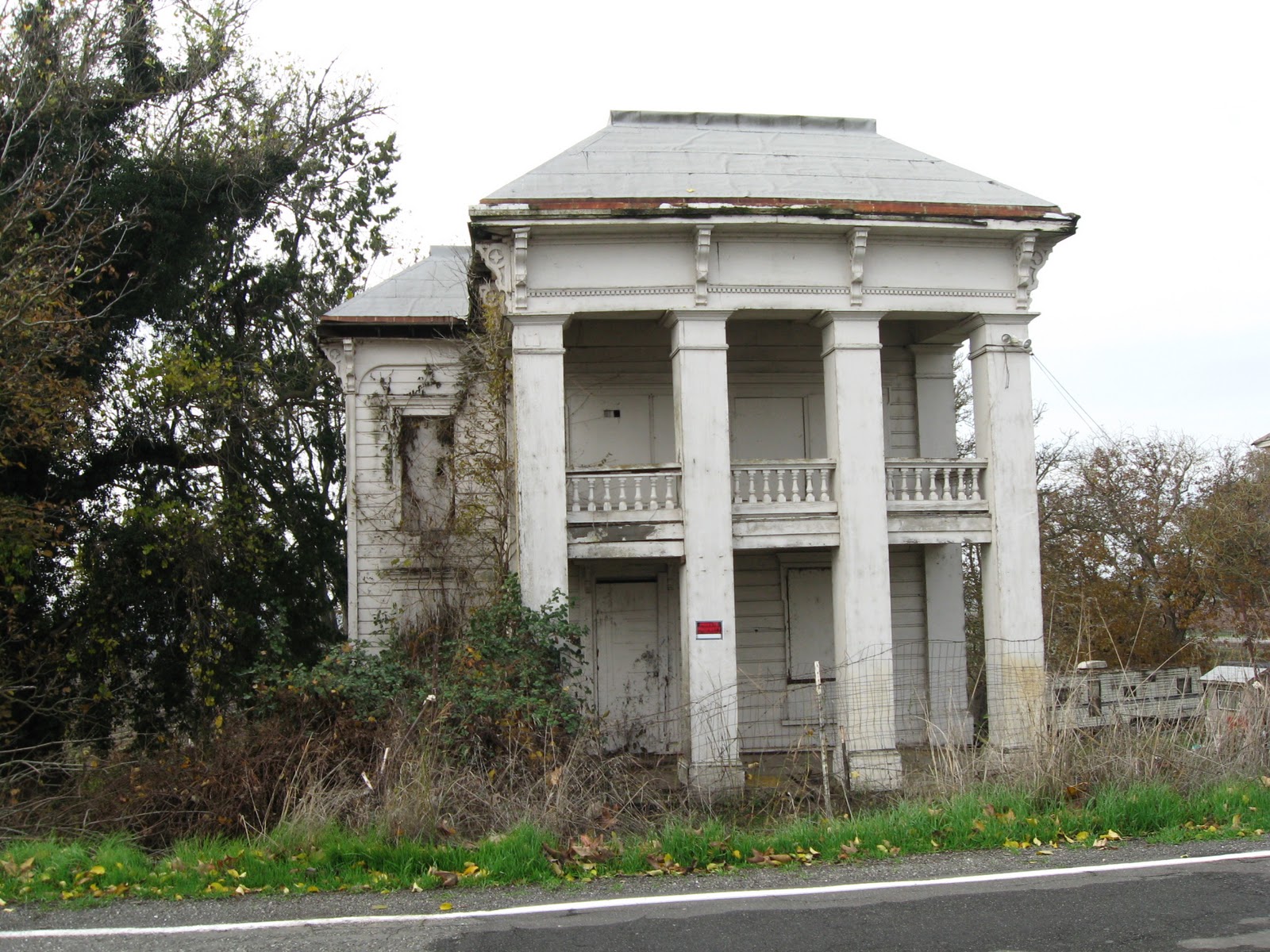 Take it away Ann, the floor is all yours:

“I first spoke with the client on the evening of January 28th 2010. She gave me some dates that I was able to work with for my research on the history of the location.

I searched the archives of two local newspapers for articles that may be relevant to the case. I searched the Mercury Register and the Enterprise Record. The furthest they would let me check was 1998. No articles matched my search criteria in either paper. I also did a search on the census bureau on the address. I was curious if there was a history of certain cultures that may have left a spiritual imprint on the location. Though there is no information of religious affiliations, it did tell me that the tenants in the unit for the past 10 years were of Caucasian descent.
Geologically, I found that there is a lot of granite, and quartz in the area. There is a theory that such minerals could have the ability to act as a record and become imprinted by certain events. This would create what is called a “Residual Haunting”.

All of this information in mind, I arrived on the location on January 30, 2010. At 9:55 pm, I was in the client’s bedroom with three other investigators. They were Tammy, Jennifer and Paul Roberts. I was sitting on the right side of the bed, Jennifer was standing just in front of me, and Tammy was kneeling at the foot of the bed. Paul was taking pictures of the closet.

At one point Tammy said the words “accidental drug overdose.” At the moment Jennifer and I heard a noise on our side of the room. It resembled a shuffling, or crinkling noise. Tammy said she got really cold all of a sudden. The rest of us began feeling cold and getting chills as well. I left the room to get the “Ghost Radar,” a device to better assist us in communicating with an entity. Tammy asked “Did you die from taking Oxyconton?” The device responded with “bigger.”

At that time a few more investigators arrived at the location. One of them had an Ovilous, a similar device for communication. We were also running two digital recorders in the bedroom. Tammy asked, “Did you die from something stronger?” Both recorders picked up a response from the Ovilous in the adjacent room responding with “stronger.”

This has all taken place within only a few hours of the investigation, so there is still a lot of speculation as to the identity of the entity that seems to be communicating with us. But I feel that as the night wears on, more questions will be both answered and presented.”

Paul: Thank you Ann, when all of this was taking place, I felt compelled to open up the closet door and I took a picture and obtained a strange shadowy picture. The 2nd picture inside the closet, showed no strange shadow. No explanation how this shadow was obtained, since the flash should have eliminated any shadows.

Now, let’s give Stefanie Belson a chance to talk about her experiences. Stefanie?

“When I arrived at the home of the client, my first request was to use the bathroom. I was directed thru a small bedroom, and entered a tiny cheerful bathroom. Despite the thoughtful décor, I immediately felt on guard and as though I should draw back the shower curtain to be certain I was alone. I rejoined Ann and the client in the living room, I told them of this experience, and the client stated that this morning she had felt as though someone had pushed at the shower curtain while she was showering.

As fellow ghost hunters began to arrive my impressions of the place include the thought that someone had obviously lived and died in this place before our client. My “imagination” filled in the possibilities…could it be poison, cancer or even murder? Perhaps this entity didn’t understand that it had died & just “mistakenly” climbed into bed with our client believing that it was still their bedroom.
Later on upon overhearing the words “accidental overdose” from Tammy as she spoke in a whisper to our client, the word “morphine” came to me immediately. I didn’t have any knowledge of the experience that the team in the bedroom had earlier.”

Paul: Thank you for valuable insight Stefanie. Okay, I must say things are picking up. I would say things are getting quite interesting. Let’s move on, Jennifer Newell has something to say. Jennifer? 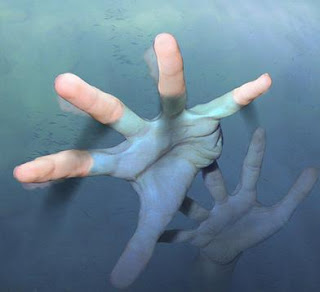 “Upon arriving at Susan’s home, I entered Susan’s bedroom on the way to the bathroom. I stopped in front of Susan’s bed because of an overwhelming feeling a person was on the bed. When I mentioned this to Anna and told her about my sensitivity abilities, Anna asked me if I knew the presence on the bed to be male or female. I could hear a voice say “guy”. At that time I was unaware Susan was a widow.

Later in the evening when performing our EVP session in the living room with several of the team members including Susan the occupant, I asked the spirit to give me a word that only Susan could relate to, I heard peanut butter cup. I asked Susan if her husband liked candy, in particular peanut butter cups, she said that was her favorite candy.”

Paul: What Ann, Stefanie and Jennifer relate is remarkable, but you the reader are probably wondering what this has to do with ‘high strangeness’. Well, sit back in your easy chair and let me tell you. After the investigative sessions and going over shadow pictures, orb pictures and about 7 EVPs that we obtained in the outside perimeters near Unit 13, we decided to conduct a séance.

During the séance, the empaths in our circle were experiencing strange revelations that had a strong bearing on accuracy. I am not going to name the empaths in particular, but I will relate to you the unison of information that the empaths presented. Two empaths felt pains or heaviness on their chests. They felt this was attributed to a medical condition that the occupant was experiencing. Occupant confirms this is accurate. An empath asks the occupant if her brother is named Steve. Occupant confirms his name is Steve. Empath describes how Steve died. This is accurate. Another empath describes his character, personality and how in one point of life he felt deep sorrow. This is accurate. Another empath felt Steve was watching over Susan during these trying times. One empath went into a laughing spell. Occupant confirmed that her brother Steve would laugh in a similar way. For all these empaths to be so dead-on, on the mark was absolutely amazing! This is the first time; I experienced the accurate unison of empaths as they make precise assessments of the occupant’s deceased brother and also about the occupant. This was truly high strangeness.

After the séance, I blessed the home and asked for any malevolent entities to leave, a benevolent entity such as Steve could stay. Let’s move on to the evidence and my final conclusion on this unusual case.

Note: Ovilace is a device that many ghosthunters are experimenting with. Ovilace is not recognized as precise science. Final assessment: Inconclusive.

Photographic anomalies such as orbs and strange shadows need to be analyzed further.

Most of the evidence gathered is inconclusive and needs further analysis. The greatest bit of evidence we gathered this night is when 4 empaths hit the mark on the history of the occupant. The occupant confirmed that the empaths were accurate in their assessments. The 4 empaths met for the first time this evening and had no time to collaborate. I am still amazed when Jennifer Newell looks at the occupant and asks her directly…”did you have a brother named Steve?” After this question, information from the empaths flowed like a river. I was impressed. Either the empaths are absolutely the best guessers in the world or what they were relating was something from the after life. I will let you the reader decide.