Costa Rica News – Costa Rica’s efforts in conservation have shown incredible results. Over the last two years 5,000 new species have been found in Costa Rica. This is most definitely a result of the National Biodiversity Strategy (abbreviated ENB, in Spanish) and the United Nations Environment Program. 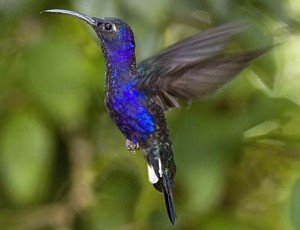 Biological diversity typically decreases in time without intervention such as these programs.

Purposeful effort to maintain favorable habitats can increase the species living in a certain area as animals migrate to safer areas. The UN has asked biologically diverse nations to carefully plan conservation.

The ENB’s purpose is to classify all species in the country, which already contains a known four percent of the biodiversity in the world. They also note threats like population growth, waste, climate chances, and exploitation of species by humans or invasive predators. They are continually adjusting plans to study the environment and ecosystems of Costa Rica. They are doing this both to comply with the UN and to ensure the beauty and variety found in their country will be there in the future.

Their goals include ceasing to lose natural habitats, conserving 17% of land and inland water as well as 10% or coastal area, restoring 15% of degraded areas, reforestation, and reducing pressure on coral reef.

Costa Rica has 500,000 species including 300,000 insects. Most of the 5,000 new species found were insects. Some others were orchids, mollusks, mushrooms, fish, reptiles, and birds.