Costa Rica News – One of the major questions everyone has before coming to Costa Rica is, “Will I have to learn Spanish?” Of course, if you have already learned it in school it’s not a bad idea to brush up on it… it can’t hurt. As far as a clear yes or no about if it’s necessary, well it’s just not clear. 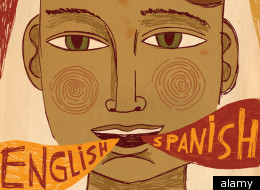 When it comes to people learning Spanish, if you are a tourist coming down for a week or so then it is not necessary to be fluent but it helps to know the basics.  Always good to be able to ask “Where is the bathroom?”

However in Costa Rica if you plan on living in the country then I would place yourself in the shoes of a person from Costa Rica to live in the USA.  If you think that person should learn English to live in the States then perhaps you should do the same here.  It is quite self centered and rude to not at least try to learn the native tongue. But if you want to show your egocentric side and refuse to speak the language expect to pay “gringo prices” and get taken advantage of whenever possible.

There are some factors that make you contemplate the learning of a second language.

First, it depends on the area you plan to visit or live. Any tourist area will have a great number of English speakers. In the airport, San Jose, Jaco, and Tamarindo you need virtually zero Spanish. You may have to ask a few people before finding one who speaks English, but you will never be left alone.

Near the universities around San Jose there are also a ton of people educated in English. Many of the college classes are taught in English, or at least have English text books. In some suburbs of San Jose, for example, Escazu, there are more English speakers than Spanish ones. In this town you can find high end shopping malls where the sales attendants will speak in English to everyone unless someone needs Spanish. Farmland and small beach towns will not have many English speakers living there but may have some other foreign visitors who are bilingual and can help you. Buses and taxis will require at least a few Spanish phrases.

Next consider what you plan on doing while you are here on your spare time. If you are looking to meet locals and make Tico friends Spanish will help. Many Ticos speak English but are timid about doing so. If you just want to be able to order another beer sign language will suffice.

Finally, what business or errands will you need to complete while here? If you plan on opening a business you will need a bilingual lawyer even if your Spanish is pretty good. Serious business requires a native level of Spanish. In banks and doctors offices you will find someone who speaks English, if necessary. It may involve a longer wait, however. Most errands or tasks will involve some Spanish but I have found that you can learn a few keywords before going to a post office or a laundromat and you will be able to communicate regarding the specific task.

It’s possible to live in “little U.S.A” in Costa Rica and get by with no Spanish. People who do that are limited in what they can do. They stay sheltered in their comfortable town, call only specific taxi drivers, and go only to upscale bars with English speaking staff and clientele, and they are happy. Most expats prefer to learn about the language and culture around them and participate with the country in general.

It helps to have an understanding of basic Spanish such as polite phrases (which go a long way!) and basic sentence structure, that way you have a base and can build on it with each activity you do and each conversation you try. After just a few months you will have surprised yourself with how much you learned little by little.

If you do not plan on learning Spanish in Costa Rica, expect multiple frustrations that will most likely make you end up moving back home. Honestly if you have lived in the country more than about a year and do not plan on studying the language you should probably go home anyway.