Chinese Sites are Starting to Sell the “iPhone 5”

If you need to be one of the first people to get the iPhone5 then you can already pre-order the popular device. The new generation of Apple’s iPhone has not yet been announced, but opportunistic sellers in China’s largest e-commerce platform are already taking orders and offer alleged false images and technical specifications of the new product, Reuters reported . 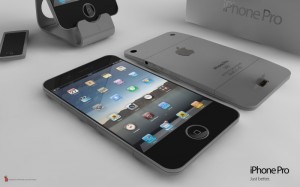 According to this source, Taobao sellers are accepting orders for the iPhone 5 and in some cases call for a reserve of $ 160 for the new phone.

A seller, “Dahai99888”, which this week began accepting pre-orders, demands full payment upfront. The selling price at the new version of the popular handset is $ 1,100.

Taobao sellers with whom Reuters spoke said they planned to buy the iPhone 5 in Hong Kong or the United States and then would bring to mainland China.

Apple products are usually available in Hong Kong before it is launched in mainland China. Vendors do not promise a specific delivery time.