Costa Rica News – Well there are very few things that I would say that someone should be killed for, but child abuse is one of them.  If someone abuses a child, I am sorry but I do not believe in second chances, they need to be lined up in front of a firing squad and shot.  If a person is found accountable for this then they need to be placed in Costa Rican prison for life, but most likely the person accountable will not be found and business will go on as usual.  This is unacceptable! 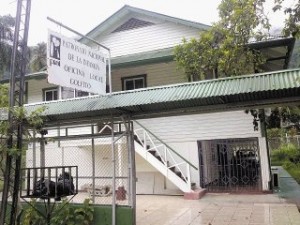 The Attorney General found images of child pornography on a computer in the local office of the National Institute for Children (PANI) in Golfito, Puntarenas.

The discovery was made on Thursday last week during a search of the premises of PANI, which was ordered after complaint was entered.

As reported by the press office of the Prosecutor, the investigation is not against any specific suspect, since the machine belongs to the office of child psychology. Great so they are already stating that they will probably not be able to find the person accountable.  Fire them all then! Then someone will rat out the person.

“It is understood that the computer is not intended for a single user. The Office of Golfito kidnapped immediately to verify who the users and make the computer analysis to determine who would have stored the images, “said press spokeswoman prosecutors, Tatiana Vargas.

She also said that they are attempting to find out whether the photographs found are of children under the care of the institution.

The PANI press office confirmed that the complaint the officers raised before the Criminal Court of Golfito, on September 10, after “finding a computer with photographs and images of naked people who may be under 18.”

This needs to be sorted now! No more excuses, there are children that are being put in this situation.