Costa Rica Entertainment – Talk about an amazing body! Candice Swanepoel is proving why she’s one of the most valued swimsuit and lingerie models in the world — because her body is sheer perfection! 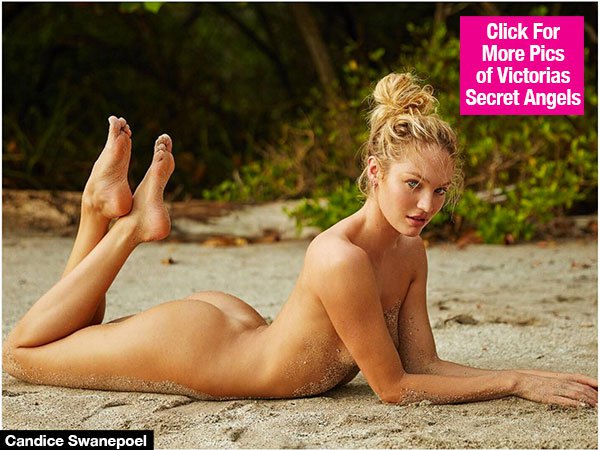 The 27-year-old South African beauty went totally in the buff during a Victoria’s Secret photo shoot and she’s showing it off to the world. Yes Candice, we are just as envious of your amazing body as you hoped we’d be!

The nude photo shows Candice lying in the sand on her front, with her top half propped up by her elbows that help cover up her bare breasts. But her absolutely flawless tush is right there for all of us to marvel at and just WOW! This is all the proof anyone needs as to why she’s one of the most sought after models on the planet. While the photo was taken during a Victoria’s Secret swimsuit shoot in Costa Rica, we doubt this will be used in any catalogue since she’s not wearing anything they can sell – except aspiration to look as amazing in the nude as Candice!

The pic was taken by noted V.S. photographer Jerome Duran — i.e. the man with the greatest job in the world — who captioned it, “Where the wild things are” and noted they were in Costa Rica for the shoot. He also made sure to hashtag the post with “goals.” We’re not sure whose goal he’s referencing but if it’s for us to look like Candice, that’s going to take a whole lot of work.

Candice has been a valued Angel for Victoria’s Secret for years now, and they’ve definitely shown her the love. She was the cover model for their swimwear catalogue in 2013, and the same year she was chosen to wear the $10 million “Fantasy Bra” at their annual Victoria’s Secret Fashion Show.