San Jose, Costa Rica – The case is closed on a camera that was found in the ladies room at a hospital. Unfortunately, this did not catch a scene like from the movie Porkies. The camera found a month ago in the ladies room of the Hospital of San Carlos was empty. 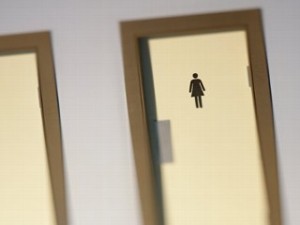 For that reason, the Judicial Investigation Organization (OIJ) closed the investigation into this case, according to Gerald Campos, regional head of the entity.

The device, shaped air freshener, was found by an employee of the hospital.

The authorities suspected that his goal was to record the officers, who were the only ones with access to the toilet. However, after reviewing the report, officers found no image or video.

Fields said there is no suspicion of who he could have installed. The agents were investigating whether it was an official of the medical center, but there was no indication.

The officer added that perhaps the owner of the camera had retired, taken out the contents and set it again.

The apparatus was left to the prosecution.

The Meaning of Sanctuary