The Meaning of Sanctuary

After a bad start on a hot summer’s day in the hottest part of California (the not so Great Central Valley) other than the desert, and not being able to write, I got out on the bike. If I was going to take a sitting in the shade under the sycamore along the creek that still runs along the edge of this expanding town north of the state capital, I had to leave the house an hour before noon. 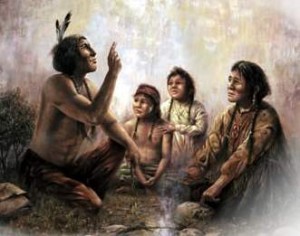 Cheap houses and lack of municipal design with a growing population are overtaking the formerly wild area at the edge of town. With vistas of the foothills and canyon a few miles away, the area was the primary spiritual place of the Native American people that lived here before emigrants ran them off onto reservations. In a few years, if intelligence doesn’t break through, the land will be gone.

Climbing down the bank to the dwindling creek (the rainless months of California’s summer will render it a stream of stones in a month or so), I came upon a pile of desiccated coyote scat. I was surprised to find evidence that a few still frequent the area. But coyotes are more adaptable to human environments than kite hawks or rattlesnakes. The former have dwindled to a few, and I haven’t seen any of the latter along the creek in years.

At first there was sorrow and confusion, but slowly, imperceptibly, passive observation gathered attention, and undirected attention quieted and cleansed the mind and heart.

The mind grew still and steady. There was only the lightly lapping creek, the meadowlark some distance away singing its varied song, and the whisper of the breeze through leaves around me. 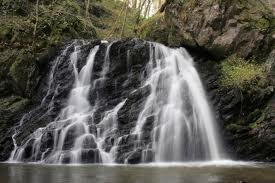 places where the darkness of consciousness is kept out. That is the meaning of sanctuary.

So do we find such places, or create them? Both. Relatively unspoiled nature always affords sanctuary, but one’s own house and yard can be made into a sanctuary, if one knows how to dispel, cleanse, and protect against darkness.

Last week I took a ride into the mountains with a woman who has the capacity to sense previous events in the environment. I had doubted this ability, until I confirmed a previous experience by crosschecking her sensing at a particular place with the recorded events that had taken place there (in this case, African men, women, and children being sold into slavery in the 18th century in Charleston, South Carolina).

We ended up at a campground about a 45-minute drive from town. After walking down from the parking area across a footbridge to a flat area at the bend of a cascading mountain stream, we sat talking at a picnic table near the water.

“I don’t feel good here. Some really bad things have happened here,” my friend said. ‘Like what?’ I asked. “Murder or suicide,” she said. Doubting but not dismissing her sensing, we left.

Later I looked it up, and sure enough, there had been two or three terrible incidents in the last decade. For example, five 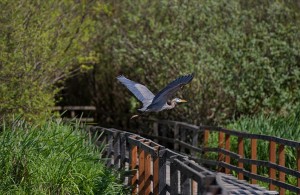 years ago a college senior “was found dead in his car in the Butte Meadows Campground after he had been missing for six days.”

Even a place like that can and must be cleansed, although I’m not sure it can ever be a sanctuary again.

The failure of the so-called international community to create sanctuaries for civilians in Syria will forever stain this year in human history.

Finding and protecting small patches of nature, even in a city (not just physically protecting them but metaphysically as well) has become crucial to the individual’s inward survival. When a people have perished, as they have in America and perhaps many places in Europe as well, it becomes imperative to find, create, and sustain sanctuaries.

It’s not so difficult really. Begin with discernment, have intent, and be a workman within. As the actor Sir Lawrence Olivier said, “God is a workman.”