Business Pain in the Ass; Skype is STILL offline

World News -Skype users around the world have been left unable to make calls with service after a glitch made everyone appear as if they were offline. 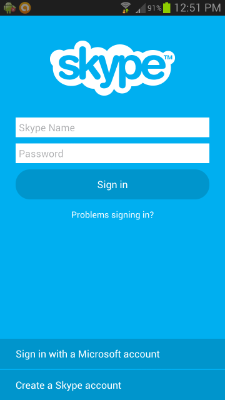 Microsoft, which owns Skype, said the technical problem means users signed into are unable to change their status and all contacts showed as offline even if they were online.

This means users are unable to initiate calls to each other.

‘We have identified the network issue which prevented users from logging in and using Skype today,’ the company said in its latest update.
‘We’re in the process of reconnecting our users, and focused on restoring full service. The issue did not affect Skype for Business users.’
Messages to group chats were also not being delivered in some cases while those attempting to sign in were also hit with problems.
The fault has prompted a barrage of complaints on social media from irate users of the service.

In a statement, Skype said it was working to fix the issue and restore the ability to make calls. It also insisted that the glitch had not affected business users of the service.

A blog post said: ‘We have detected an issue that is affecting Skype in a number of ways.

If you’re signed in to Skype, you will not be able to change your status and your contacts will all show as offline even if they are online. As a result, you won’t be able to start Skype calls to them..

A small number of messages to group chats are not being delivered, but in most cases you can still instant message your contacts.
‘We’re doing everything we can to fix this issue and hope to have another update for you soon. Thank you for your patience as we work to get this incident resolved.’

It later added: ‘We have identified the network issue which prevented users from logging in and using Skype today.

‘We’re in the process of reconnecting our users, and focused on restoring full service. The issue did not affect Skype for Business users. ‘
Messages on Twitter suggested the problems appear to be affecting users around the world.

Skype, which was bought by Microsoft in 2011, has an estimated 300 million active users a month, with more than 660 million users registered worldwide.
Skype also said that users may experience problems when adding credit to their account or changing profile details.

With many Skype subscribers using the online video and voice calling service for business, there was an angry response to the problems.

It added: ‘Any changes to your Skype account such as your Credit balance or your profile details might take a little while to be displayed.

‘You may also have difficulty loading web pages on the Skype Community.’

By RICHARD GRAY FOR MAILONLINE

The Leap to Human Being