The Leap to Human Being

As I see it, the question of consciousness on earth boils down to one of two possibilities. Either we are, as I heard an astronomer say recently, “the universe aware of itself,” or conscious awareness is a random, fluke event, and humankind will never find another intelligent species. 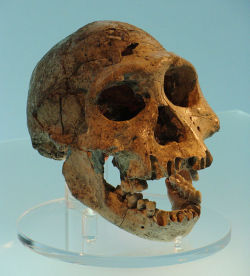 At present, Homo sapiens is not an intelligent species, but a very unintelligent one. Humans are only potentially intelligent. Is the ecological crisis humans have created may be compelling us to take the next leap in consciousness? I feel so.

That would make the evolutionary arc of our species not one of progression to higher states of consciousness, but compression by self-made darkness to the point of conscious transmutation, or extinction.

The cognitive leap making us what anthropologists call modern humans occurred just some tens of thousands of years ago in East Africa. In fact, “archaeological finds and recent genetic studies show that modern humans left sub-Saharan Africa for Eurasia between 65,000 and 25,000 years ago; probably closer to 45,000 to 35,000 years ago for Europe.”

That means that all 7 billion-plus humans now living on earth grew out of a tiny population of Africans that migrated to Europe and Asia 50,000 years ago or less. It’s a staggering thought, one that raises immense existential questions, as well as questions related to scale.

The wildfires in California and other states (notably Alaska, where 5 million acres have burned this year!) have been brutal in 2015. But it’s just a microcosm of what is happening to trees worldwide. As most people know, trees are carbon absorbers and sinks. However not only are trees still being cut down en masse in the Amazonian rainforest, but there is the real and present danger of trees becoming carbon emitters.

That’s because when trees die, they release the carbon they have stored. Already, “in California, forests have shifted from net carbon absorbers to carbon emitters,” according to Patrick Gonzalez, a forest ecologist with the national park service. If that tipping point occurs globally, we are truly screwed.

All objects, including what we call trees, are reified objects. That means they only become objects in the environment when the human mind abstracts them from the environment and regards them as distinct, concrete things. That capability, along with vastly increased memory and the ability to consciously retrieve memories, is the essence of the human adaptive pattern.

Using it, we have reached over 7 billion people. Unchecked however, without the wisdom that insight into conscious thought confers, it’s also why humans, a sentient species, are bringing about the Sixth Extinction.

So the previous evolutionary leap gave humans tremendous power to separate and manipulate reified objects in the environment. But that has, due to the fragmentary tendencies inherent in higher thought (unconstrained by the intelligence of insight) culminated in the intensifying ecological crisis we now face. At the same time it has also produced tremendous pressure to take a new leap in consciousness. 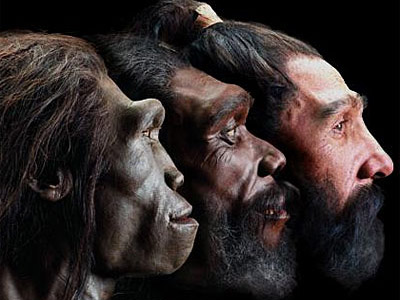 I don’t care for the word evolution. It’s way overused, and has connotations of gradualness and comfortable change. Evolution in actuality is anything but either. Even so, this is the first time in earth’s history that an evolutionary leap can and must be fully conscious.

In any case, we don’t have the time or the space for gradual change. Besides, transformation isn’t based on time. Time is the past overshadowing the present and darkening the future. Time is the enemy, and thinking in terms of time denies feeling the urgency of the crisis, and therefore prevents transmutation.

Can enough people, rejecting time, move from humans to human beings to begin to redress the extreme imbalance between the human species and the earth, and bring into being an imperfect global culture of peace?

Most people will say that transmutation is impossible, but it isn’t. I just spent a weekend in Oregon with a group of men moving in this direction. One of them was an extraordinary 89 year-old man who underwent a profound transformation just in the last two months.

“There is no more ‘me,’” he said with great feeling and passion at the end of the gathering, “I am the universe.” It was not a statement of ego, but of union.

So are humans “the universe aware of itself,” or are we random flukes of consciousness, as most scientists believe?

Neither. To grow into beings that can rightly say we are the universe aware of itself, humans have to leave behind the stage of man the dominator and manipulator of nature.

It is not too late to grow into human beings, beings retaining the capabilities of higher thought, but fully awakening our capacity for insight.

Business Pain in the Ass; Skype is STILL offline