Our worldviews aren’t just about how we see the world; they’re even more basically about how we view nature. Take this statement, which is hilariously wrongheaded on both counts: “Babies are not deep. Babies start out very natural.” 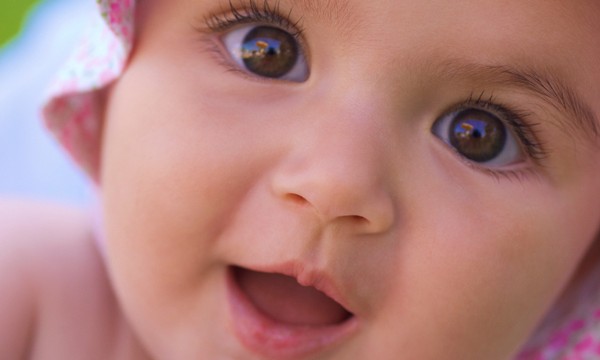 As obvious as it sounds on one hand, and nonsensical on the other, there’s actually an entire philosophy of nature and human nature contained in these two little sentences, written by one of the foremost commentators in America. So let’s talk about babies and beasties.

Most people are familiar with the old idea that babies are a ‘tabula rasa,’ a blank slate on which the family and society etches the virtues and vices, personality and character of girls and boys. The tabula rasa view of human nature is one that tilts heavily toward nurture rather than nature as the primary influence in what makes us who we are.

The view behind the pabulum “babies are not deep, babies start out very natural” leans toward the old tabula rasa idea. The implicit notion is that nature is nasty and brutish, and children have to be molded, disciplined and cultivated, first by their parents and teachers, and then by their ‘deepest selves.’ In this view, there is some noble essence in man that gives us the possibility and opportunity to rise far above mere animals.

People holding this worldview throw a bone to ‘biological predispositions,’ but believe that character is made by the self, forged in the crucible of experience, where we make our own separate choices and determine our own particular destinies.

Poppycock. Choice is conflict and immaturity, and fresh perception and insight aren’t a function of self. Nor is depth, trueness, or the Brahman. ‘The deepest self’, the ‘Higher Self’ and the ‘true self’ are all complete fictions, as neuroscience has shown, but at the same time contradictorily enshrined.

The self cannot be deep, higher, or true; it can only be understood and negated. In negation there is inward growth. Humility and innocence, ‘to see with eyes that have been bathed in emptiness,’ are the essence of direct and fresh perception. If parents and teachers were awakening, perhaps the self would not even need to form in children, except as an immature stage of development.

In our evolutionarily and genetically obsessed times, nature has taken precedence over nurture in a perverse way. The cultural sea we swim in is much less important than how our DNA is encoded and how our brains adapted and developed in the distant past.

For example nature, in the form of evolutionary and genetic causes, is being sold as the reason there’s 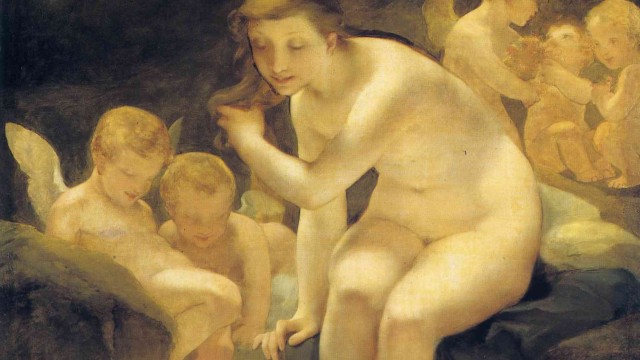 so much depression in North America, not family conditioning and societal conditions. Feeling depressed? Take the latest anti-depressant the psychiatric and pharma industries are prescribing and pushing.

In both the self-made man and evolutionarily determined worldviews, nature has no inherent meaning or depth. Animals in their natural environment are discounted, or at least diminished. They belong to an inferior category of existence, there for human consumption and use.

Nature however, is not a realm of ‘tooth and claw,’ a vast arena of competition for survival, justifying man’s bestiality and barbarity. Nor is nature a playground, the place to walk the dog or scale a peak. Nature is a mystery and a mirror—the background from which Homo sapiens evolved and a living context in which man no longer belongs or feels affinity.

Why does man feel and act as if he is separate? That’s the age-old question to which our age must not only philosophically respond, but inwardly redress. For man can’t stop fragmenting the earth until we end separation and division within ourselves.

Put simply, utilitarian separation carried with it psychological separation. I separate, and therefore I am divided. So with the evolution of ‘higher thought’ (that is, the conscious creation of symbols and accretion of knowledge) there’s a deep tendency toward division, conflict and fragmentation. There is compassion for ‘the poor doll humanity’ in seeing this. The explanation doesn’t change the explained, but it helps to make our disjunction with nature comprehensible.

Therefore nature is not the pre-human state requiring the cultivation of the illusory self, but the whole web of life on earth, which gave rise to the human species along with every other species of animal and plant. Why does the core psychological mistake of separation persist and have such power? That is the mystery, riddle and challenge for every would-be human being.

Humankind faces a choice—continue on the path we’re on, destroying the earth and the human spirit, and making the future increasingly dark and dead-ended, or radically change our worldviews and ourselves. If we see it, is there really any choice?

Yoga Para Todos (Yoga for Everyone) in Costa Rica (Video)