Yoga Para Todos (Yoga for Everyone) in Costa Rica (Video)

Costa Rica News & Events – Costa Rica celebrated namaste March 22nd and 23rd at the nation’s sixth annual festival Yoga Para Todos, where yogis, retreat centers and Western medicine meet to share some of the world’s most progressive therapies. The festival features lectures, workshops and a variety of classes which demonstrate the world-leading integrative medicine that is blossoming in the country.

For over a decade, North Americans and Europeans have traveled to Costa Rica to take advantage of the country’s high-quality, low-cost medical system for the full range of surgical, dental and medical treatments. Over the same period, the yoga industry has spread from a small niche to a substantial influence in the design and function of tourism businesses across the country. A growing number of hotels and retreat centers in Costa Rica are marketing specifically to yogis, and many more are altering their design with features like a dedicated wooden platform and a vegetarian menu to attract some of this yoga flow.

It was only a matter of time before the two industries found common ground. The professional yoga community and those who work in traditional medicine in Costa Rica saw not only great tourism potential, but the objective they both shared. Like a match made in namaste, doctors from a number 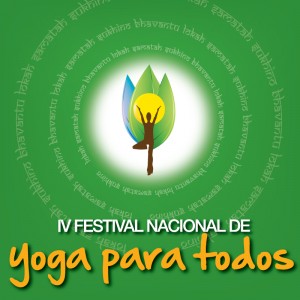 of specialties found a oneness with the yogic approach to patient care and are integrating the practices to benefit all sorts of conditions, from post-surgical care to Down’s syndrome.

A quick spin through the booths at Yoga Para Todos is like a veritable introduction to all the integrative medicine centers in Costa Rica and a great way to meet progressive doctors. Dr. Melania Lizano, along with psychologist Allan Fernandez and nutritionist Eleonora Arce, work among the staff of instructors at IO Cultura de Yoga, a studio in Escazú, Costa Rica. Ana Sanchez, a physical therapist who specializes in obstetrics and gynecology, works with the yoga instructors and massage therapists at Salud Y Armonia. Rahel Pacheco, a psychologist and yoga professor at Yoga Integral, works with cuencos, an ancient “singing bowl” instrument believed to provide high-vibration healing sounds to enhance the meditation practice she incorporates into her therapy.

These are but a small sample of the doctors using yoga to enhance and complement their practice. Another group, Fundación El Futuro es de Todos, gave an impressive demonstration of their progress with young yogis with Down’s syndrome. The youth were physically active and interactive, and displayed their dedication to yoga with several challenging upper-body balances and partner positions. Another demonstration, featuring instructor Juan Pablo from Casa Lamat, was inspiring on another level. Integrating the styles of Vinyasa, Kundalini and Ashtanga yoga, he led a group of more than 100 yogis to the sounds of live Tantric music.

The full range of hospitality businesses are represented here, from humble hostels that attract backpacker yogis, to luxurious retreat centers that draw in celebrity yoga instructors from around the world. What makes Costa Rica such a popular destination for yoga tourism? The tropical temperatures are said to provide relief from joint and muscle stiffness, but that alone does not explain the influx in flexibility practices. The country-wide motto, “Pura Vida,” or pure life, seems an apt complement to the yogic salutation “Namaste,” which recognizes the oneness all lifeforms share.

Organized by the Costa Rica National Association of Yoga (Asoyoga), the Costa Rica national festival, Yoga Para Todos, or Yoga For Everyone, is intended to invite all people regardless of age, gender, religion, race, or social status to meet and enjoy the many benefits of yoga and integrative medicine. Though Costa Rica is still considered a developing country, it has become a world leader in cutting-edge integrative medicine and therapies, thanks to its unique position in the tourism industry.