Entertainment News- McConaughey got one of his first big breaks with Dazed & Confused.  Are you ready to see the audition that won him the role? 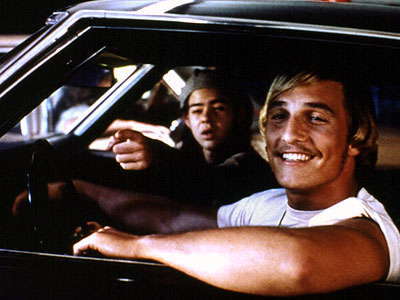 Before heating up theaters in “Magic Mike,” before winning the Oscar for his role in “Dallas Buyers Club” and long before bringing his big screen talent to the small screen in “True Detective,”

Matthew McConaughey was an unknown actor just looking for his big break.

In 1993, he found it when he was cast as the laid-back and oh-so-quotable David Wooderson in “Dazed and Confused.” A newly released audition clip reveals the moment McConaughey first took on the character that would define him for years to come.

In the short video, the actor auditions alongside his would-be co-star Wiley Wiggins as he goes on a mock quest for weed and wild times.

There’s even a moment where McConaughy delivers a rough version of what would become one of Wooderson’s most memorable (and creepy) lines from the film.

While musing over the current “freshman crop of chicks,” he says, “That’s what I love about high school girls, man. I keep getting older, but they stay the same age.”