Costa Rica News – I love when actors and actresses get the urge inside them to have a pet project such as a restaurant or a charity.  They throw a bunch of money at it and usually the prices are way too high.  Adal Ramones the Mexican comedian visited Costa Rica yesterday to participate in the laying of the foundation of the restaurant La Bodeguita del Medio, in San Jose. 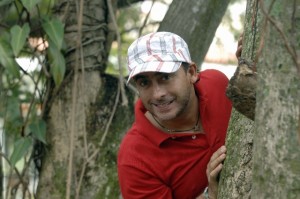 Costa Rica will join the list of places that has the presence of the franchise, which include Argentina, Bolivia, Mexico, Colombia, Germany and England.

Ramones is the country representative of the International Franchise of Cuban cuisine, and thus fulfills one of his dreams of starting a commercial project in Costa Rica.

This morning, the actor published several comments in his Twitter account, in which he announced his visit to Costa Rica.

“By heaven on earth I”, “Addressing the ‘new airplane’ to go to Costa Rica … Residential for landing! “And” Shutting Cel .. We took off! Be ready my cock Pinto! Pura Vida!! Costa Rica! “Wrote Mexican.