Sports & Lance Armstrong News – The never ending case against Lance Armstrong is finally over. It was like a divorce case that was drawn out so long that one side finally said just take what you want, I agree to the terms. Lance Armstrong called it quits late Thursday in his battle to end an investigation by the U.S. Anti-Doping Agency, a move that means a lifetime ban for the seven-time Tour de France champion and loss of his Tour De France titles. “There comes a point in every man’s life when he has to say, ‘Enough is enough.’ For me, that time is now,” Armstrong said in a written statement. 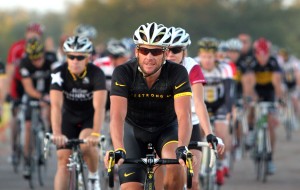 The USADA — a quasi-government agency recognized as the official anti-doping agency for Olympic, Pan American and Paralympic sports in the United States — has accused Armstrong of using, possessing, trafficking and giving to others performance-enhancing drugs, as well as covering up doping violations.

Armstrong, who has long denied the charges, made his announcement days after losing a legal bid to halt the anti-doping agency’s legal case against him, which came more than a year after his retirement from cycling and subsequent move to triathlon competitions. Armstrong, who has long denied the allegations, has described himself as the “most tested athlete in the world.”

Although the U.S. Anti-Doping Agency has not seen Armstrong’s statement, its chief executive officer issued a statement following news reports that the athlete would no longer cooperate.

“It is a sad day for all of us who love sport and our athletic heroes. This is a heartbreaking example of how the win-at-all costs culture of sport, if left unchecked, will overtake fair, safe and honest competition, but for clean athletes, it is a reassuring reminder that there is hope for future generations to compete on a level playing field without the use of performance-enhancing drugs,” CEO Travis T. Tygart said in a statement.

Armstrong has never been convicted of any doping charges, though the U.S. Anti-Doping Agency alleges that he took 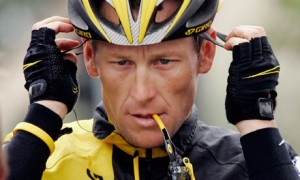 steroids throughout his career. The agency has said it has testimony from former teammates to support the charges, though it has refused to reveal who provided the evidence.

“I have been dealing with claims that I cheated and had an unfair advantage in winning my seven Tours since 1999. Over the past three years, I have been subjected to a two-year federal criminal investigation followed by Travis Tygart’s unconstitutional witch hunt. The toll this has taken on my family, and my work for our foundation and on me leads me to where I am today — finished with this nonsense,” he said.

Armstrong sued the USADA to stop the investigation, arguing it did not have the right to prosecute him.

But a federal judge this week dismissed the lawsuit after finding that the court did not have jurisdiction.

“Today I turn the page. I will no longer address this issue, regardless of the circumstances,” Armstrong said Thursday..

“I will commit myself to the work I began before ever winning a single Tour de France title: serving people and families affected by cancer, especially those in underserved communities.”

Screw this agency . Armstrong is the winner..fair and square. He will always be recognized as the winner in everyone’s eyes.

I/We support you Lance.Screw those haters..