The Obama Administration, continuing the Bush Administration’s practice of placing itself above the law and the rights of humanity, has for four years acted as judge, jury, and executioner with the use of drones in the dishonest and despicable ‘war on terror.’ Now Obama proposes codifying a ‘kill list rule book’ for the continued use of this method of remote control murder. 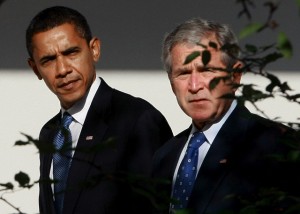 As widely reported in recent days in the USA, President Obama, facing the possibility of losing to Mitt the twit Romney, “accelerated work in the weeks before the election to develop explicit rules for the targeted killing of terrorists by unmanned drones, so that a new president would inherit clear standards and procedures.”

Nothing illustrates the disturbing lack of imagination and principle of the Obama presidency more than this ridiculous venture into half-measures to offset 11 years of policies that have eviscerated what little substance there was to international law.

Taking a step back from the sound bites of the spin cycle, three questions, both rhetorical and urgent, emerge.

First, what, besides raw military power, gives the United States or any country the right to decide whom to execute outside its borders?

Second, what is the nature of and correct model for containing and limiting the worldwide threat of terrorism—war, or crimes against humanity?

Third, since the arbitrary and extrajudicial use of drones not just by one nation-state, but by a president without oversight even within his own country, has become the norm, can international law have any meaning at all?

This issue is too important to be left up the United States government, which demonstrated its utter lack of moral and legal authority with the unprovoked invasion of Iraq, and the rendition and torture of anyone it deemed a terrorist. 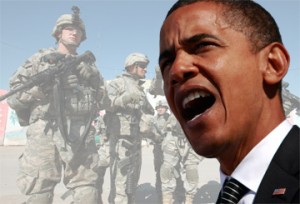 Given the American precedent, every government, regime, and cabal in the world now uses the same rationality to invade, assassinate, or repress individuals and populations they declare enemies of the state.

One still hears the argument that without American leadership, power, and moral suasion humankind would degenerate into chaos. As if it hasn’t already, largely due to American policy in the new millennium. Nothing can take America’s place as a cohesive force of order in the world, we’re often told, and it seems both liberals and conservatives buy into the jingoistic bullshit.

The fact is that whatever capacity for ethical and legal leadership the United States had prior to 9.11 was lost the moment the bombs started falling on Baghdad. Though there was no chance of it happening with Bush-Cheney, we had the opportunity to establish a new international legal framework after 9.11 for dealing with extremist groups that commit crimes against humanity.

Instead, we went to war, and remain psychologically at war–even though the ‘war on terror’ is no more a war and no more effective than the ‘war on drugs.’ Barack Obama attempted to change the rhetoric when he first came into office, 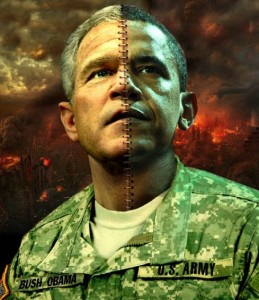 and initially dropped the ‘war on terror’ verbiage, but it was just a rhetorical trial balloon; he soon went along with the program, attached the obligatory flag pin to his lapel, and drew up kill lists.

From then on, drone strikes became de rigueur. Indeed, Barack Obama has actively participated in the selection of targets and people to be assassinated, including an American citizen and Islamic cleric living in Somalia.

One of the arguments for the use of drones, even by so-called liberals/progressives, is that they kill fewer civilians collaterally while not putting our precious soldiers at risk. Of course, every male over the age of 18 killed by drones is considered an ‘enemy combatant,’ so that argument is specious to the point of being facetious, and deserves no further comment.

Does any principle at all motivate the frankly absurd attempt to provide a ‘kill list rule book?’ None, just the “concern that the levers of power might no longer be in our hands” after the election, as an Obama Administration official said, naturally speaking on condition of anonymity.

With his usual flair for high-minded understated rhetoric contradicted by low-acting status-quo policy, President Obama, evincing an unmistakable whiff of guilt, recently intoned, “creating a legal structure, processes, with oversight checks on how we use unmanned is going to be a challenge for me and my successors for some time to come.” Right. Would such a “legal structure” speak one whit to international law and the rights of people everywhere? Don’t regurgitate your lunch.

Nothing reveals the mendacious mediocrity of the Obama Administration, and the ineffable inadequacy of international law more than Obama’s self-righteous desire not to leave an “amorphous” remote assassination policy to his successor, should he have lost the election.

It almost makes one wish he had lost, so the reality would at least be laid bare by Republicans less willing to whitewash American power and the might-makes-right mentality. But Obama is still the lesser of two evils, and people still hold out hope that the president of hope (no, not Bill Clinton) has the capacity to reach above and beyond American borders.

Just don’t count on it. Raise your voice, especially in America. But don’t travel abroad—you never hear the drone buzz before the bomb hits.