Breast Implants are now being sponsored by the US Army as a part of protective armor. Well not yet. The victim of a shooting at the hands of her ex-boyfriend said Wednesday her breast implants saved her from serious harm. 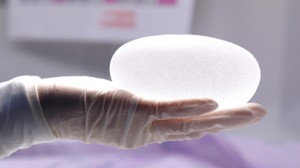 “My implants took the brunt of the force,” Eileen Likness said at the man’s trial.

Likness said a bullet fired from Fernando (Frank) Chora’s 9mm handgun grazed her right arm before travelling through both her surgically enhanced breasts and through her left forearm.

She said the projectile, which entered her right breast, grazed her chest plate and exited her left breast, destroyed her implants.

But she said after recovering from her wounds, she underwent further surgery.

“I had to wait some time, but yes, I had some put back in.”
Chora faces charges of attempted murder and aggravated assault with a weapon in connection with the Jan. 2, 2006, incident.

The 61-year-old also faces two firearms offences, as well as allegations he broke into an elderly couple’s home after the shooting and confined them at gunpoint.

Likness told Crown prosecutor Britta Kristensen she had driven Chora around for several hours before she got frustrated with him and decided to drop him off.

Likness said she pulled onto a side street at Chora’s request, and after he got out and walked about five metres she heard what sounded like two shots.

She said she jumped from the still-running car and made her way to a nearby restaurant, before she was airlifted by STARS to Foothills Hospital.