Costa Rica Outdoors – This is a beautiful picture taken in the land of “Pura Vida”……..Costa Rica. 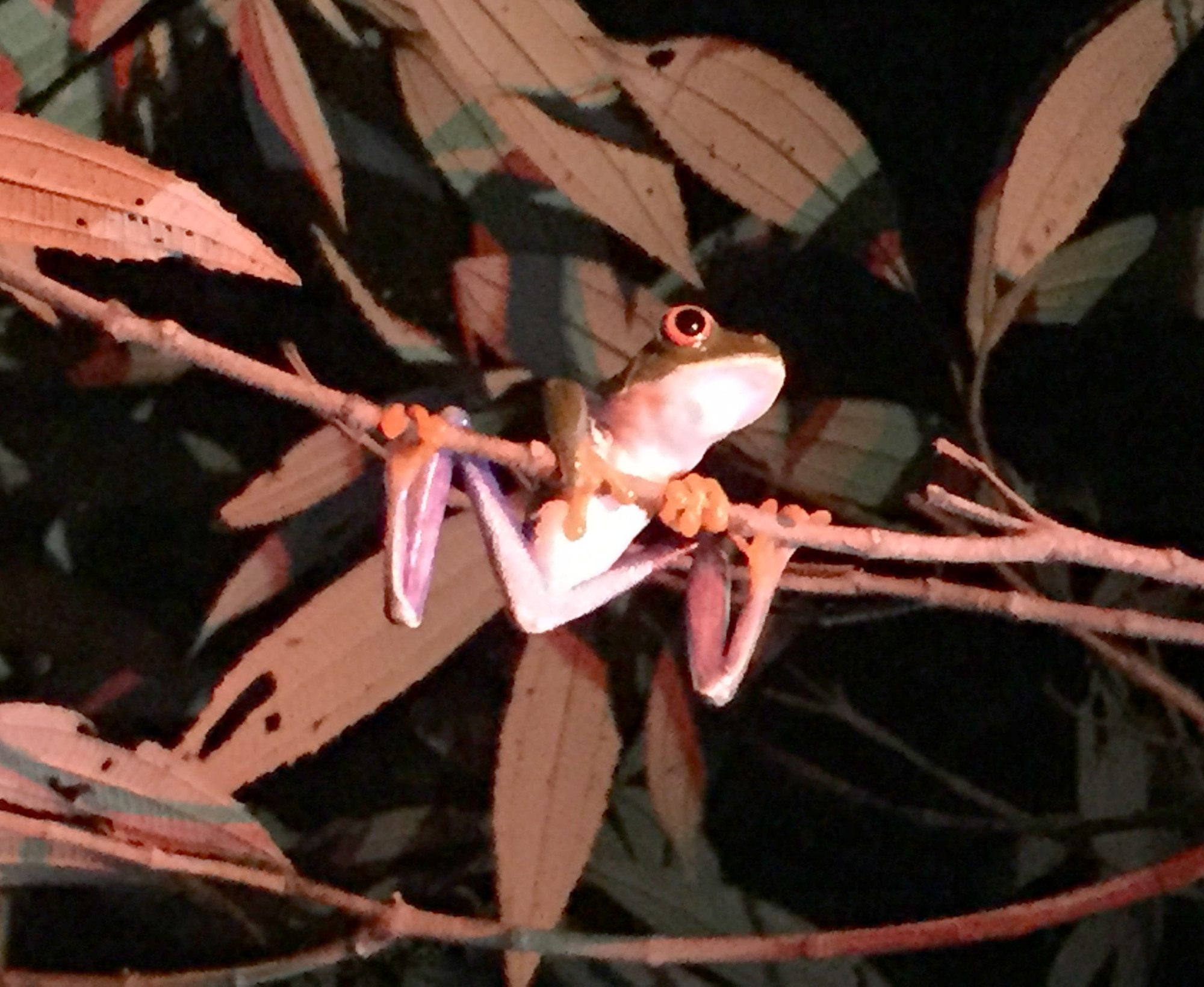 THE Traveler: David McMahon of Minneapolis.

How I got this shot: McMahon shot the iconic amphibian during a guided hike to explore the lava flow from the 1968 eruption of the park’s still-active eponymous volcano. “We found this guy shortly after dark (around 6 p.m. in late January) sitting up in a tree. Needless to say, both the frog and we were watching out for snakes at the same time, as most snakes like to hunt at night,” McMahon wrote in an e-mail.

The equipment: McMahon snapped this shot with his iPhone 6, without flash, when his guide’s flashlight landed on the frog.

The destination: “I loved Costa Rica,” McMahon wrote. “I went there for three things — to see the Arenal Volcano, which is a beautiful, cone-shaped volcano; to zip-line (Costa Rica is probably the most amazing country in the world for zip-lining); and to see cool wildlife. In addition to the red-eyed tree frog, I saw howler monkeys, capuchin monkeys, toucans, crocodiles, coatis, iguanas, anteaters and most definitely the biggest spiders I’ve ever seen in my life. It was a great winter getaway — a perfect combination of nature, wildlife and lying by the pool with drinks.”

Share your photos: To submit your travel photo for consideration to Viewfinders, share it on Instagram tagged with #STtravel, or e-mail a jpeg to [email protected]

From The Star Tribune

Cowboy Lassos Alleged Bike Thief & This Was Not in Texas