When pink slime oozed into public consciousness, we all scrunched our noses. What was this mystery substance — a food additive made of beef trimmings that are heated, compressed into blocks, and then exposed to bacteria-killing ammonia — hiding in processed meat? It also got us thinking about what other shocking ingredients go undercover in our grub. Our research revealed some surprising secrets that rival — and possibly even beat — pink slime. Steel yourself for our list. And just a suggestion: Don’t read this during your lunch break. 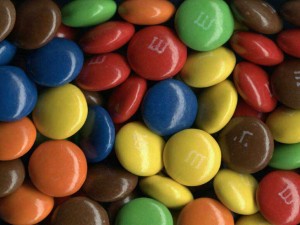 Shellac In Your Candy

Lovers of movie-theater concessions, beware. Nearly everything behind that glass case is steeped in, well, beetlejuice. The hard, shiny shells on candies are often made from shellac, a resin secreted by the lac bug. You may know shellac from its more famous work in varnishes and sealants, but it’s also a mainstay in pill coatings, candy, coffee beans, and even the waxy sheen on apples and other fruits and vegetables.

How to avoid it: Leave that candy in the case and grab a veggie brush for your produce — even if it’s organic. (That’s right: shellac can even be used on organic foods. ) These waxes can be difficult to remove, so you’ll need to scrub.

Prozac In Your Poultry

Bad news for those of you who swear by the curative powers of chicken-noodle soup: the chicken may be sicker than you are. Researchers from Johns Hopkins University tested bird feathers and found a laundry list of feed additives, including banned antibiotics, antidepressants, allergy medications, arsenic, the active ingredient in Benadryl, caffeine, and other prescription and over-the-counter drugs.

How to avoid it: If you’re looking to plate a less-medicated piece of poultry, go organic instead. Organic regulations forbid the routine use of antibiotics (and all of those other drugs mentioned above) in chicken feed.

Sheep Oil In Your Gum

Not to burst your bubble, but there might be something rather unsavory in your chewing gum. It’s called lanolin, a term for the oil sheep produce in their wool. These greasy secretions are used as softeners in foods and masked with the vague food label “gum base.” Lanolin is also used as an emollient in beauty products, from skin and hair care to cosmetics.

How to avoid it: Luckily, there are vegan versions of all of these products. If you’re concerned about eating lanolin, go for those, instead.

Wood Pulp In Your Cereal 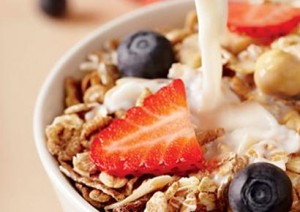 Wood pulp brings “plant-based diet” to a whole new level. Cellulose is usually made from nontoxic wood pulp or cotton, and the cheap filler is stuffed into shredded cheese, salad dressing, and ice cream to thicken it without adding calories or fat. Cellulose is fibrous, which is why it appears in so many high-fiber “healthy” snacks and breakfast cereals — and it’s even in organic products, according to an investigation by The Wall Street Journal.

How to avoid it: Checking your food labels is crucial and steer clear of terms like microcrystalline cellulose (MCC), cellulose gel, and cellulose gum, and carboxymethyl cellulose.

Cow Enzymes In Your Cheese

Cheese is often the last holdout for vegetarians: a decadent way to indulge without eating meat and a primary source of protein. Unfortunately, some cheese is anything but suitable for a meat-free diet. That’s because a lot of cheese is made with rennet, which contains an enzyme extracted from the fourth stomach of newborn calves. Rennet is used as a cheese curdler, sometimes in tandem with another enzyme called pepsin, which is extracted from stomach glands of hogs.

How to avoid it: Fortunately, some companies are using alternatives that result in truly vegetarian cheese. Check food labels, and be wary of ingredients listed merely as “enzymes.”

Duck Feathers In Your Dough

We were as shocked as you will be to learn that duck feathers are often packed into our favorite processed breads in the form of L-cysteine, an agent used as a dough softener. It’s in bagels, cookie dough, bread, pies and more. While there are other sources of this filler available, a 2007 investigation by the nonprofit Vegetarian Resource Group found that about 80 percent of L-cysteine was derived from our feathered friend.

How to avoid it: It might not be on ingredient labels, so you’ll have to check with the manufacturer to find out if they use L-cysteine. You can also avoid L-cysteine by eating products that are Kosher or gluten-free, or by baking your own bread.

Fish Bladders In Your Beer

Here’s some news that will drain the “happy” out of your happy hour: Widely used in the beer-brewing process is a form of collagen called isinglass, which is made from the swim bladders of fish. Isinglass clumps with the beer’s yeast and sinks to the bottom, allowing for a much clearer brew.

How to avoid it: Because isinglass combines with the dregs of the barrel, it usually can’t be detected in the final product. But if you’re still queasy at the thought, grab a case of vegan beer instead.

Members of CR Congress Return from Vacation but Still Breaking