Costa Rica News – It feels to me like it was just Christmas time a week ago- and it’s already close to Easter! Easter falls early this year, in March. I believe that Easter is the most celebrated holiday in Costa Rica. 69% of Costa Rican’s are Catholics so the whole country pretty much shuts down for the entire Holy Week! 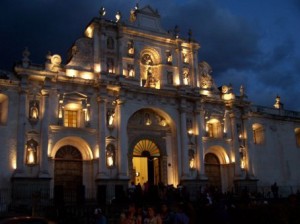 Yes that is right if you want to get anything done during this time in Costa Rica, it is most likely not going to happen the 3 days before the holiday and up to a week after the holiday, but as they say in Costa Rica….”Pura Vida”, which I am beginning to think means if there is a reason to not work or take a day off……do it.

Most Ticos consider Semana Santa (Holy Week) to be the single most important of all religious celebrations. It begins on Palm Sunday, consists of Holy Thursday, Good Friday, and Easter Sunday. Banks and government offices close for the week while most other non-tourist jobs will give vacation beginning on Thursday. If you plan to do banking, mail an important document, or buy alcohol-think ahead! No alcohol may be sold from midnight on Wednesday through midnight Sunday. I guess most Costa Ricans buy enough alcohol for about a month for the week as when I go into stores right before the alcohol is cut off……they are barren from beer and bottles of liquor!

Another important element for Ticos during Semana Santa is the time spent eating with family. They eat a seafood meal on Good Friday. They also may drink a traditional Chicha- a hot drink made of ginger and cinnamon and have an empanada de chiverre for dessert.

A religious tradition of re-enacting the Passion of Christ is held in two locations. There is one procession in Tres Rios and another in San Joaquin de Flores. People line the streets to take part in this.

If you are in Costa Rica during Semana Santa take advantage of the opportunity to observe and participate in local culture, try some traditional food and drink, or join those who flock to the beaches along quiet towns closed down for the celebrations.

Just make sure you book things early as everything sells out very quickly during this holiday. Enjoy 2013 Semana Santa (Easter Week) in Costa Rica.