Costa Rica Travel News – This is the thing that all of us in Costa Rica have been waiting on and it is finally going to happen.  With what is happening in Houston changes are in the wind for Southwest. It is busy putting together the pieces necessary to venture into international markets. 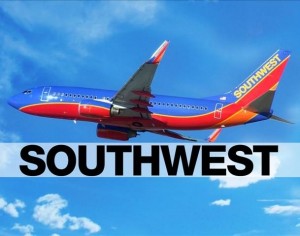 I do not know about you but I am a bit tired of paying for the expensive airfares from the airlines that currently fly to and from Costa Rica.  Combine that with their absolutely terrible customer service and you see why other airlines need to enter this market.

With the lack of companies offering flights to Costa Rica, they know that even with a bad experience you will probably use them again if they have the lowest price for a flight to Costa Rica.

Southwest has set a goal of doubling within five years the amount of overseas flying the airline does. They acquired  AirTran as one step toward international expansion as AirTran brought with it short-haul overseas destinations.

Southwest has announced plans to build a new international terminal in Houston, which is currently underway and will offer flights to Costa Rica from the Houston hub. This will be happening in the near future. It is also developing a number of new routes for its AirTran subsidiary – focused mainly on destinations in Mexico – and is eyeing other opportunities in South America.

Delta Airlines has also entered the Costa Rican market. Delta airlines has two flights daily from Atlanta, Georgia to San Jose, Costa Rica. It also has one flight per week from Atlanta to Liberia. JetBlue will also be coming in from Ft. Lauderdale.

We can only hope with this competition that the other airlines will finally start improving their customer service.  It has not happened with competition in the telecommunications business in Costa Rica, but perhaps it will with the airline industry.