Sports News – Well we are finally here, The Denver Broncos take on the Seattle Seahawks in Super Bowl XLVIII this coming Sunday.  Las Vegas and Sportsbooks around the world will be preparing for one of the biggest sports betting weekends.  There are all the normal bets to make like money line, point spread, and point total for the Super Bowl but there are also some really strange prop bets you can make on this years Super Bowl.

Lets go through the top 15 strange prop bets for this years Super Bowl.

1.  Will Renee Fleming wear gloves when she sings the National Anthem? – Yes – No 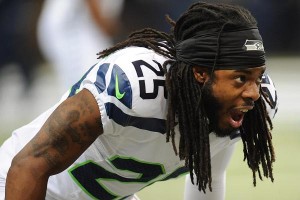 2. Will Knowshon Moreno cry during the National Anthem? – Yes – No

3. Who will be seen first on TV after kickoff? – Erin Andrews – Pam Oliver

7. Will Richard Sherman receive a taunting penalty in the game? – Yes – No

8. What will Bruno Mars be wearing on his head at the start of his halftime performance? – Fedora – Fur hat – Tuque – No hat

9. Will any member of the Red Hot Chili Peppers be shirtless during their performance? – Yes – No

10. Will Michael Crabtree mention Richard Sherman in a tweet during the Super Bowl from kickoff until final whistle? – Yes – No

13. Will the announcers say the word “marijuana” during the game? – Yes – No

14. Will the power go out in the stadium during the game? – Yes – Note: There isn’t an active line listed for the outcome of “no” on this bet.

15. What color will the Gatorade (or other liquid) be that is dumped on the winning head coach? – Clear/Water – Orange – Yellow – Red – Blue – Green

There are many other Super Bowl bets you can make like who will score first, who will win the coin toss, what will the first score be, and so much more. If you can think of it it is probably something you can wager on when Super Bowl Sunday comes around.  Happy Betting!

Get your free sports betting account here before Super Bowl.