Costa Rica News – Police were tipped off by anonymous callers who indicated that a couple had experienced a rapid fortune. The confidential callers said that the husband and wife appeared to have acquired many luxuries in a short time. They were suspected of engaging in illegal activities.

The OIJ, the Judicial Investigation Organization, began investigating in June of last year. It turns out that they say 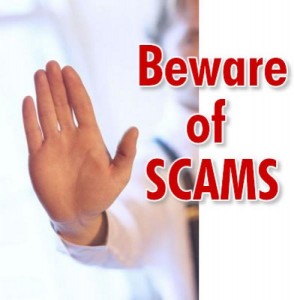 the couple, who are in their early 30s, has stolen $2 million from the company where the man, surnamed Giro, worked. His wife, surnamed Villalobos, had three farms and two cars in her name and he had three properties.

They were arrested and questioned at the Public Ministry. They were responsible for collecting debts for the companies sales of health and beauty products and home care items. They were supposed to give the money to the company, but kept some for themselves. Buying the vehicles, lots, and homes were a way to legitimize the money. The charges include fraud and money laundering.

The authorities raided their home in La Carpintera de San Rafael, Cartago. They seized watches, jewelry, vehicles, and documents related to the case.

These people are not the only ones running scams in Costa Rica. Here are some common scams to look out for.

Costa Rica Through a Smaller Lens