With Kate Middleton Pregnant, Let’s See What the Baby will Look Like

As speculation mounts as to who the royal baby might look like, a top forensic artist has already produced his own images of how Prince William and Kate Middleton’s children could look. 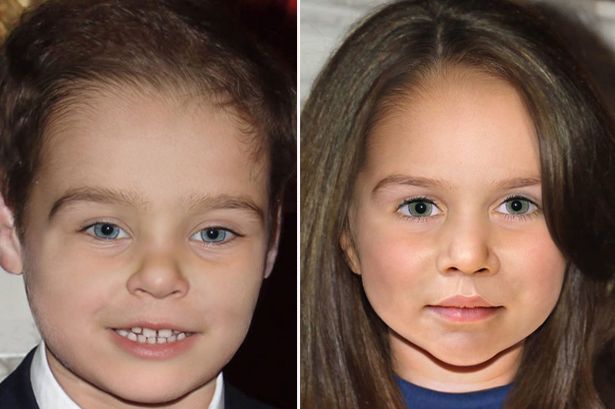 US forensic artist Joe Mullins’s creations provides an intriguing glimpse at what the future could hold for the Royal Family.

Mullins studied recent photographs of Wills and Kate and used the latest computer technology to predict how Britain’s most hotly anticipated arrival may look during their formative years.

If the couple have a son, the boy who could one day become king is expected to inherit many of William’s features, including the famous Windsor ears.

A daughter is predicted to closer resemble Kate, with a high forehead, slightly pointed chin and long brown hair.

Whatever its sex, The Duke and Duchess of Cambridge’s baby should one day rule as monarch.

Thanks to the proposed radical shake up of the monarchy’s rules of succession, the sex of the royal infant will not determine whether he or she wears the crown.

This baby will be a future king or queen regardless.

Since we all love celebrity news and gossip in Costa Rica lets have some fun with this story.