Costa Rica News – For all of you people needing the newest technology right when it comes out…..because “you gotta have it”, then you will be happy to know that the iPhone 5 will be makings its arrival in Costa Rica on December 14th. 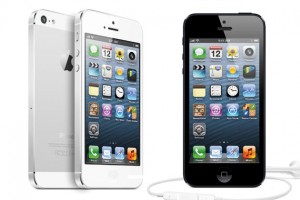 The iPhone 5 is coming just in time to fulfill the Christmas gift dream of many Costa Ricans.

Apple announced today the dates in which the device will be sold in over 50 countries.

On December 7th it will be available for residents of South Korea, while eight days later it will come to Costa Rica, Panama, Brazil, Chile, Ecuador, Bolivia, Venezuela and Paraguay.

The iPhone 5 was launched on the 12th of September and is currently distributed in 47 countries worldwide, including the U.S., Australia, Canada, France, Germany, Hong Kong, Japan and the UK.

The device is made of glass and aluminum and follows the design of the 4S.

In Costa Rica  the cellular phone operators have announced plans to be distributed with the device.

With Kate Middleton Pregnant, Let’s See What the Baby will Look Like