Will Donald Trump be Impeached & How Does Impeachment Work?

World News – Revelations that President Donald Trump gave Russian officials highly classified intelligence during a recent Oval Office visit have pushed Washington into a frenzy, and some have been uttering a term that is never pleasant for a president to hear: impeachment. 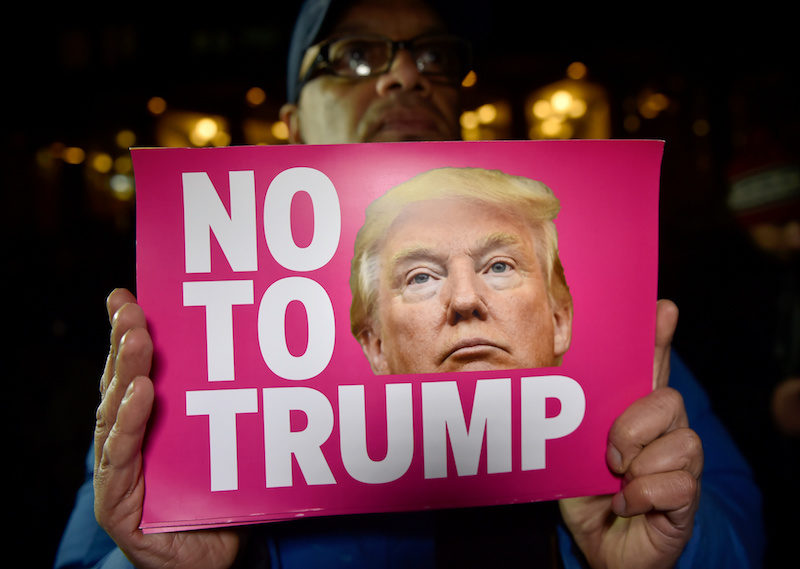 Mr Trump may never face impeachment proceedings, but a growing body of US officials — notably, this group is almost exclusively composed of Democrats — have been calling for the House of Representatives to seriously consider impeachment.

Here’s what you need to know about impeachment, what Mr Trump may need to worry about, and what we’ve seen with past presidents.

Technically speaking, impeachment is a formal charge of misconduct levied against a public official by Congress. It is not in any way a verdict or finding of criminality in and of itself.

How does impeachment work?

In the United States, the House of Representatives has the sole right to initiate impeachment charges against a high official in government.

The process begins with an independent investigation — this could come from the Department of Justice, from Congress itself, or from an appointed special council — which findings for the basis of charges. That evidence is then handed over to the House Judiciary Committee, which reviews evidence and writes up the Articles of Impeachment.

After debate in the House, the legislative body will vote on the Articles of Impeachment. If a simple majority votes in favour of impeachment then the president is considered impeached.

From there, the Articles of Impeachment are sent over to the Senate for consideration and a trial. The accused mounts their defence and the House Judiciary Committee acts as the prosecution. During the proceedings, the Chief Justice of the Supreme Court acts as the judge and the Senate acts as the jury.

If a two-thirds majority in the Senate votes against the President, that’s it. The President is removed from office.

Why are people calling for Mr Trump’s impeachment?

The Trump administration has been a focal point for scandal, but most calls for impeachment or suggestion that an investigation be started revolve around potential collusion between the Trump campaign and Russia’s efforts to influence the 2016 presidential election.

There’s a lot to unpack on that front: The US government has openly claimed that Russia worked to influence the 2016 election, close associates of Mr Trump had repeated contact with Russian officials during the campaign and transition period (mostly notably with Russian Ambassador to the US Sergey Kislyak), and Mr Trump himself cited investigations into his campaign as a reason he decided to fire former FBI Director James Comey on national television. That the president happened to convey highly classified information to Russian officials of all people (including Mr Kislyak) has only raised eyebrows further, even if it may not be at all relevant to those investigations.

The officials calling for impeachment generally cite a concern that Mr Trump is trying to squash or hinder investigations into his campaign’s ties (the White House and Mr Trump have denied those accusations).

Could Trump be impeached for ‘leaking’ classified information to Russia?

Mr Trump’s decision to discuss highly classified intelligence with Russian officials appears to be technically within the law. As the president, he has the constitutional power to decide whether or not the US government considers information classified and he can discuss US intelligence with whomever he wants. That’s in contrast to other US officials who would likely be facing prison time if they had done what the President did.

But that’s not the only concern, as the legal blog Lawfare points out. Mr Trump’s decision to divulge highly classified information could theoretically put American lives at risk or seriously risk intelligence sharing relationships with other countries. Cooperation with other nations is an important part of US intelligence gathering — the US simply doesn’t have enough resources to compile all of the intelligence needed to operate.

Depending on why he decided to do so, Mr Trump may have violated his oath of office when he gave the intelligence to the Russians (and it’s not a criminal act to violate the oath). There are important caveats here: Mr Trump may have had a strategic reason in mind when he spoke with the Russians, for instance. Reports, though, have noted that Mr Trump seemed to be bragging to the Russians about the intelligence he has access to. If that’s the sole reason he gave up the information — an act of simple carelessness or negligence — his detractors may argue that giving up the intelligence was a gross violation of his oath of office to “preserve, protect and defend the Constitution of the United States” and “faithfully execute the Office of the President of the United States.”

Could violating his oath of office be enough for impeachment charges?

Absolutely. Three US presidents have faced impeachment or have been impeached in the history of the US. All three faced alleged oath violations in their Articles of Impeachment.

President Andrew Johnson, who became president after Abraham Lincoln’s assassination, surprised many of his allies by offering amnesty to Confederate officials and by vetoing civil rights protections for former slaves. That led to a wave of anger toward him in Congress that resulted in his impeachment on grounds that included being “unmindful of the high duties of his oath of office”.

President Richard Nixon, who faced impeachment proceedings after his connection to the Watergate scandal were discovered, was said to have acted “contrary to his oath”.

President Bill Clinton, who faced impeachment after lying under oath about an affair he had with a White House intern, was said to have acted “in violation of his constitutional oath” in his Articles of Impeachment.

Has impeachment ever led to removal from office?

No. The two presidents who were impeached, Mr Clinton and Mr Johnson, were later exonerated in the Senate. Mr Nixon was not impeached because he resigned from office before the House could complete the process (though it is widely believed that he would have been impeached and removed from office had he fought the charges).

Is impeachment likely for Mr Trump?

It seems unlikely right now since the President enjoys a Congress controlled by his party. Should Republicans in the House face a wave of opposition in the 2018 midterms, leading Democrats to regain control of the House, the voices currently calling for impeachment may have more sway.

By Clark Mindock, The Indpendent