Costa Rica Entertainment – It was an eyebrow-raising moment she did not try to conceal. 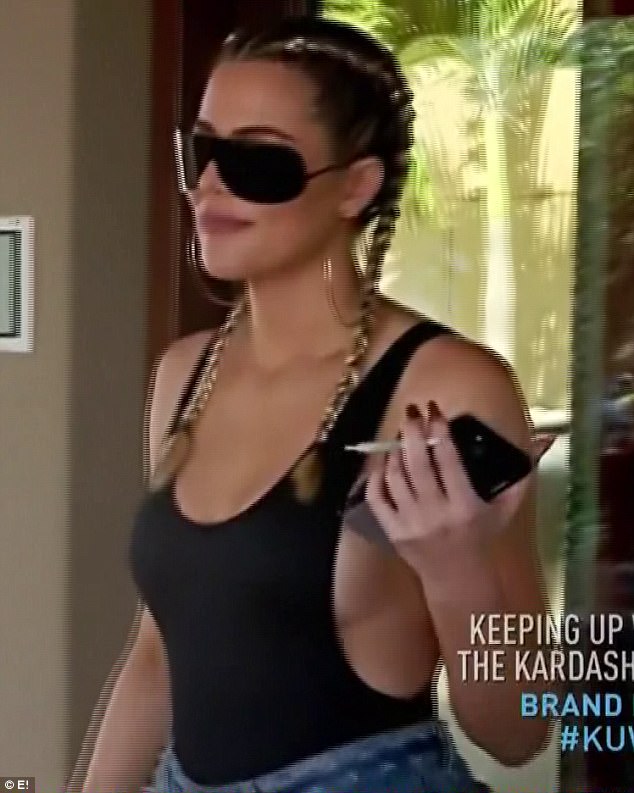 And it has emerged supposed non-smoker Khloe Kardashian was holding a marijuana joint in a recent episode of her clan’s television show portraying their holiday in Costa Rica.

In a typically exciting installment of Keeping Up With The Kardashians on Sunday, she was shown holding a suspicious-looking cigarette in her hand as she enthusiastically embraced her sister Kourtney’s former lover Scott Disick.

According to TMZ, sources close to production said they did not mind the fact the 32-year-old was holding a drug in the scene because it was a natural moment.

In addition, while marijuana is illegal in the United States, it is decriminalized for personal use in the Costa Rica.

However it is hardly the first time the failed chat show hostess has caused a stir due to smoking.

For back in 2014 she was photographed puffing away on a suspicious looking cigarette while in a nightclub with her then lover The Game.

However her spokesman claimed at the time: ‘She doesn’t smoke pot or cigarettes. It’s a Hookah stick, which is tobacco free. It’s called Phantom Smoke.’

She was spotted smoking while on the dance floor while getting very close to rapper and self-proclaimed ‘weed enthusiast,’ whose real name is the rather less flamboyant Jayceon Taylor.

At one point in her exciting evening the classy broad was even seen waving her gargantuan behind at him, Miley Cyrus style.

The 37-year-old rapper recently raised by confirming he had slept with sisters Kim and Khloe, as well as their future sister-in-law Blac Chyna.

Chivalrous Jayceon told Wendy WIlliams after she quizzed him on his single Sauce, where he raps, ‘I used to f*** b****s that Usher Raymond passed on, Then I f***ed three Kardashians.’

By MIKE LARKIN FOR DAILYMAIL.COM

Will Donald Trump be Impeached & How Does Impeachment Work?