Why Do Women Stay with Bad Men?

I look around in Costa Rica and see bad relationships between men and women each and everyday.  It is part of the Costa Rica culture to avoid confrontation which in a lot of cases  means staying in unhealthy relationships even though it is damaging to both kids and pushing those around them away because of the drama. 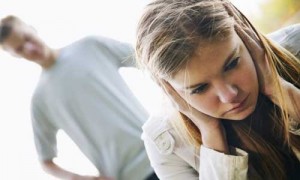 As time progresses, women gain more respect as women. It not just a man’s world anymore. Women are taking more corporate, military, and governmental positions. Women are standing up, fighting for what they believe in, not cowering in the shadows. But these are usually the women you read about, the women you see on the television. These are usually famous women.

When I put the magazine aside, I see my friends who are females. I see them, and suddenly feel very, very sad at how incredibly weak they are.

I’ve had many, many bad experiences with men, but I have never been physically abused. I can tell you at this moment that I have always tried to be a strong woman. True, I have let myself be walked upon, charmed, and lied to. But I promised myself a long time ago that I would never let a man hit me. Never. I also told myself that I would never measure my self worth in accordance to what a man says. But that is something that did happen. It is something that happens to my female friends, to female strangers. It’s a very sad epidemic that’s taking place…women who are feeling controlled and dominated, physically and mentally, by their male counterparts.

First, I think woman are always ready to forgive men. They are willing to pretend to themselves that they don’t care about certain men behavior. I couldn’t marry a man that had a pornography collection, or who frequents strip clubs with his friends. I couldn’t marry a man that cheated on me in the past. I know all too well that if he has done it before, he is bound to do it again. But women are so ready to forgive. They believe in second chances. They gradually become immune to the negative behaviors of men, to the point where it is acceptable.

I have a wonderful friend that I have known for many years. She is in what I could call a bad relationship. Her boyfriend of two and half years causes her more heartache than she is willing to admit. He has had affairs. He arrives home purely drunk after a night with his “friends.” He vomits when he’s drunk at the apartment that he and my friend share, only to have my friend clean up after him. He doesn’t’ respect her wishes. In one instance, I was there when he rudely told her to “shut up” after she was questioning him regarding some lies he dished out earlier that day. 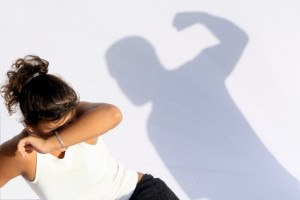 you have become immune to your partner’s bad tendencies. You blame yourself for getting mad at him. You give the man reasoning that he does not deserve.

I actually asked my friend to ‘test’ her boyfriend. I asked her to propose to him. I went with her to Wal-Mart to gather materials needed for a romantic dinner, a piece of lingerie for their planned night together, and a wedding band. Granted, this wedding band wasn’t worth much, but it was a sign of marriage. I prepared my friend for the proposal, and sent her on her way. The news I received later was extremely discouraging. She told me that after she proposed (she hid the ring in one of the meatballs in her spaghetti!), he told her that they were too young. She cried. She was angry and sad. But yet, she’s steadfast by his side. I couldn’t tell you why.

Then there is another friend of mine…a new friend I met through college. She is a wonderful, smart, funny girl. She is one of the best students in my class. She’s married, and has an adorable little boy that resulted from that marriage. The catch? He’s in El Paso. She’s here in San Antonio. He’s talked about divorce with her, though they have been married for four years. He’s having affairs, lying to her, ignoring her phone calls. He doesn’t make efforts to visit her. This friend told of how she drives to see him. It’s a nine hour drive. She told of how when she felt like she was over him, he begged for another chance. And of course, she gave in. She, too, is becoming immune to his lies. What I found fascinating in a sick way is how she remains with him even though he clearly expressed his newfound interest in another female. How does this not bother my friend? At what time did her brain not register that this was a problem? She told me that she believed in second chances, and that her heart wanted to stay with her husband. But since when is the heart right? How many times have we, as females, beaten our heads against a wall after following our heart, and ignoring our guts and minds?

These women are mentally bound to these heartless men. And then there are those countless women who are beaten every day, belittled, bruised…how many woman are hiding behind layers of concealer to hide the bruises caused by their ‘loved’ one? Woman in these types of physically abusive relationships are terribly afraid of leaving their boyfriends, husbands, and lovers.

Why do women stay? Other than the immunity acquired that accepts men’s bad behavior over time, women stay because the man apologizes and seems sincere. The woman usually believes this. If a woman came from a home where abuse was prevalent, she may come to accept it as normal, consciously or not. The more a woman was abused as a child, whether it is sexual, emotional, or physically, the more likely she is to stay with an abuser. I know that many women feel economically dependent on the man. They may feel as if they have no skills to offer the world, and that without their male counterpart, they will be lost in the streets. In that females’ eye, she may be putting up with the abuse to achieve economic stability.

Fear is a huge factor. Most females believe that their partners are incredibly strong, and they see no way of protecting themselves from him. There is also a spiritual fear…some people are in religions where divorced is looked down upon. A woman may be afraid of what some people may say or think in regards to her divorce and her as a person.

If you are a female in mentally abusive relationship, take a moment to look at your life. Are you where you want to be? Is the man you are living with really the man of your dreams? What do you truly hate about him? Are you trying to compensate your hatred of his habits by giving in to his occasional gift? Don’t become a tool for the man. Be strong. Leave him if you have to. If your heart is telling you that you love him, and that he deserves a second chance, but your mind and gut are telling you to leave him, that you aren’t happy, and you deserve better, listen to that. Your heart is subject to many whims, it never knows what it truly wants…but your mind knows exactly what needs to be done, what can be tolerated, and when it’s time to leave that horrible man.