Costa Rica News – The verdict is in and the hotel and guard will be held responsible for the death Justin Johnson, a US Student in Costa Rica.  The student was killed by a “accidental” gun shot by the hotel’s guard.  The legal owner of the hotel Cangreja located in La Fortuna de San Carlos and the guard who looked after facilities were sentenced to pay about ¢ 323 million for pain and suffering and other items for the murder of an American student and guest. 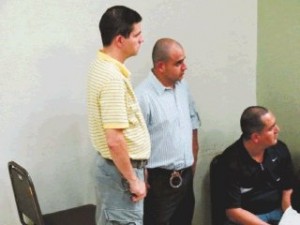 The only question that I have in the back of my mind is will the family actually ever see the money from this decision?

The money will be received by the parents and four younger siblings of a the student of a college of Kansas City, died after being shot in the chest in the room they occupied.

In addition, the guard Jorge Guevara was sentenced to 15 years in prison for manslaughter and illegal possession of weapons.

Such resolutions were approved by the Trial Court of San Carlos after five days of debate in the Courts of Ciudad Quesada.

The facts giving rise to the judgment occurred at four in the morning of June 2, 2011.

That day, Johnston died seconds after a bullet fired by the guard Guevara hit him in the chest, causing injury to the heart.

In his appearance before the judges, Guevara, 35, argued that he never intended to kill the boy.

“When I gave orders to halt, the boy and his friend did not stop. On the contrary, they ran, so I thought it could be thieves and then made two warning shots. Unfortunately, one of them mortally wounded, “said Guevara. Just a little info, warning shots are not aimed at those you are trying to warn.

While speaking of now convicted two shots, the district attorney Alexandra Mahoney said they only found one bullet casing at the site. A Costa Rican lying to try to get out of a terrible crime, never would have thought that.  All he needed to do was blame someone else and it would be the perfect example set by the Costa Rica government.

Our hearts go out to the family and friends of the deceased.

Why Do Women Stay with Bad Men?